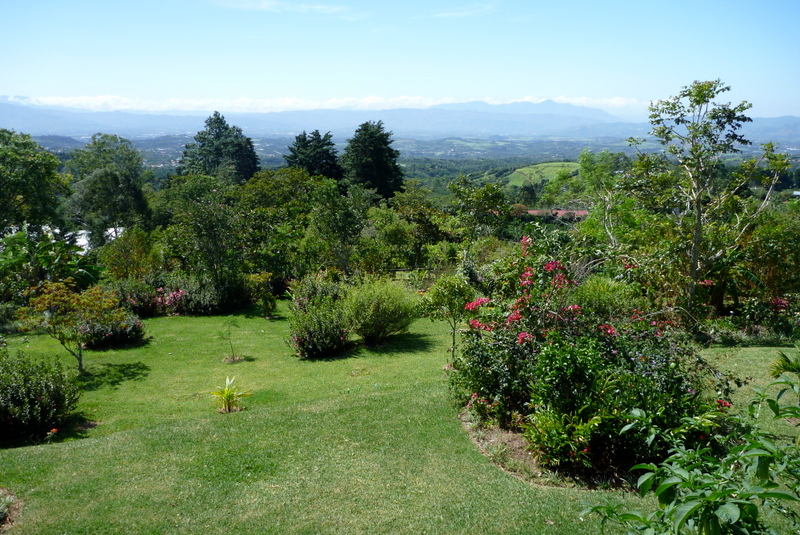 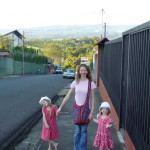 I just wanted to keep everyone up to date on what we’ve been doing the past four days since we arrived in Costa Rica. We’re in the perfect location for exploring the town. We’re in walking distance of everything, and we have been walking a lot!

It actually gets fairly hot during the day here, and we’re not used to this much walking, so we have been coming back to the hotel and resting for an hour or two in the afternoon. The girls will color or swing on the hammock, and Jen and I will read together, talk, or take a nap. Morning and evening temperatures are perfect.

Finding a place to live

I’ve been doing a lot of searching on-line this week trying to find a place to rent. It can be difficult to find good rental prices on the Internet, but in order to get a good deal here, you sometimes have to “know someone” who knows someone else that has a good deal. Fortunately, we’ve been meeting some people. And we’ve also gone out to look at a couple, which were both very nice, one of which may work for us. 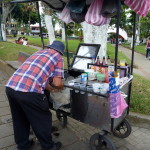 While the town is convenient, we don’t like the noise and the smells so much (or the view), so we’re hoping to find a place more in the hills somewhere a little bit outside of the town. Most of these areas have regular buses that take you into town and back.

On Tuesday, we’re scheduled to go out with a realtor to look at some more homes in some other areas. It’s amazing what you can get for the price here. For example, there’s a 3 bedroom, 1 bath cabin with a gorgeous view in a friendly neighborhood about 15 minutes from town, for about $600-700/month. You can see more pictures below. 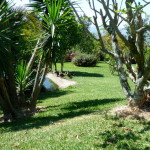 The other one we looked at was $1100/month, and it had an even better view which was visible from almost every room in the house with floor-to-almost-ceiling windows. It also had over an acre of beautiful gardens with flowers to wander around in. But their idea of “fully-furnished” wasn’t the same as ours. There weren’t enough beds for all four of us, there was no oven, no dressers, and you have to go outside to get to the basement. It looks like it still needed a bit of work in other places as well. So, not quite worth the price, for us. (This was one I found on Craigslist).

Marie really wants to find a house with a swimming pool. I believe there are some in our price range, but we’ll have to see. 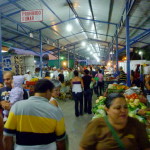 We haven’t done much sight-seeing this week. We’ve mostly just walked around town, exploring shops, eating at restaurants, and talking to people. We went to the Grecia farmer’s market on Friday, which was huge! Rows and rows of great prices on fresh produce as well as other items like shoes and toys.

We also took a bus up to Naranjo on Saturday, just to see what it was like. It was about a 30 minute bus ride from Grecia through beautiful green hills and small towns. The girls had a fun time playing in Naranjo central park on the “stage”. We also met a cute little girl Emily’s age who was there with her grandfather, Rudolfo, and her cute little white dog. We tried to encourage the girls to talk to her but they were pretty shy. 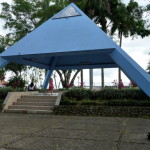 Finally, Marie got brave and asked her, “Como se llama?” (What’s your name?). The girl was too shy to reply, but we enjoyed talking with Rudolfo about different areas in Costa Rica, his family, and the little store he owns, which he ended up taking us to so Marie could go potty, since there aren’t any public restrooms. He was very nice and showed us where the bus stop was to get back to Grecia.

Today (Sunday), we got to go to church (LDS). Now that was a blast! We met some really nice people, many of whom spoke English because they’d either lived in the states, or served missions, etc. It was so fun to talk with them, and they were very friendly and helpful. It’s a small branch of about 30-40 members, and they meet just around the corner from B&B Grecia – about a 2 minute walk. How convenient!

Church was also an excellent way for me to improve my Spanish. It was like a 3-hour study session, with conversation practice afterward. The Branch President was trying to teach me some slang (“bad Spanish”) so I don’t sound so much like a textbook. And during the lessons, my new friend Jaime Alexandro (Alex) helped me understand what was going on so I could participate a little, which I did (in Spanish). We also met the sister missionaries, one of whom is from South Jordan, Utah, in the same ward as Jen’s uncle and aunt!

Sorry, I don’t have another video yet. Hopefully this week I’ll have more. But you can enjoy these pictures below.

Marie in the hammock