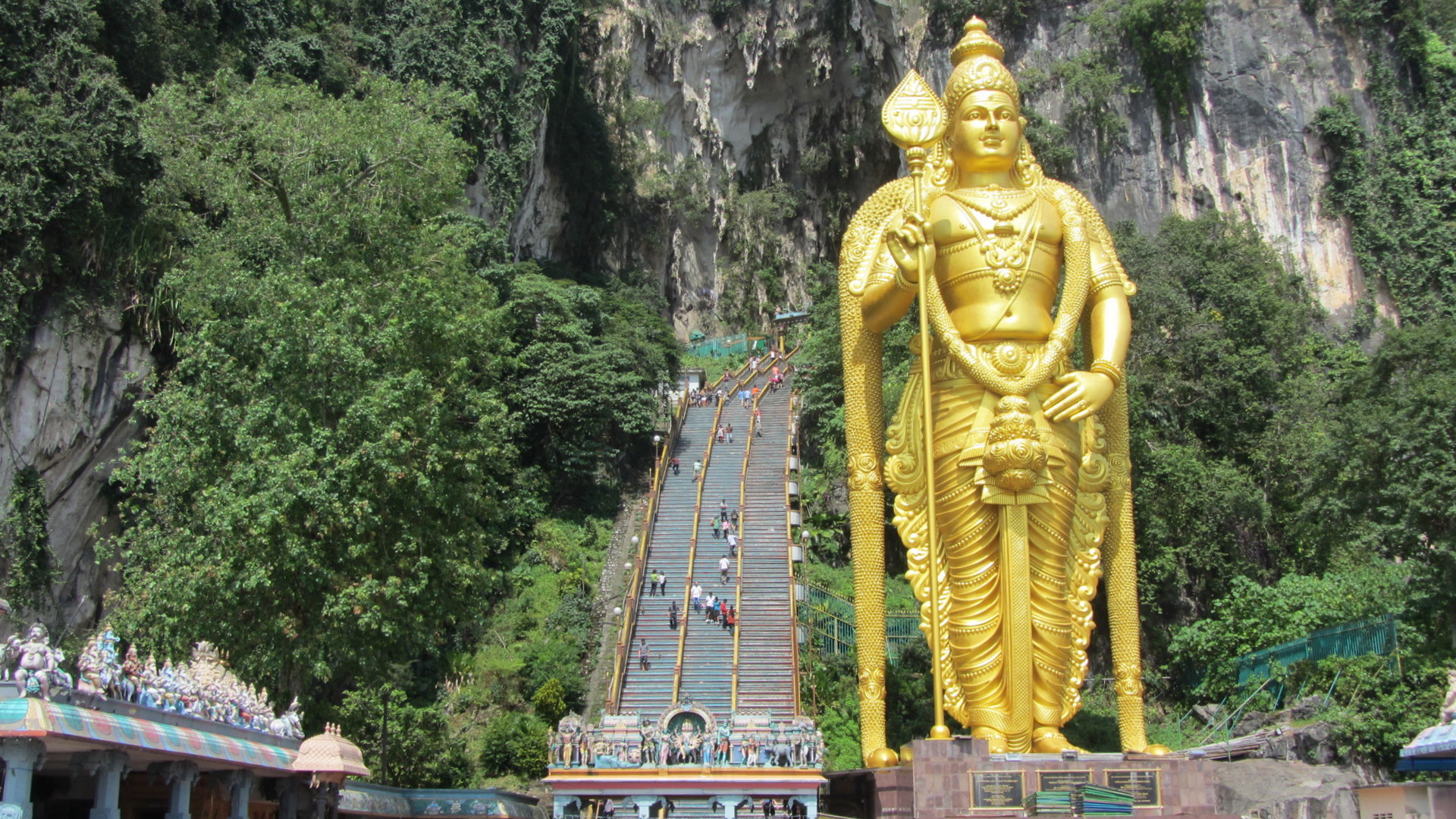 There are a lot of tourist attractions in Kuala Lumpur. So many that we haven’t even tried to see them all. But we chose a few highlights to enjoy during our month here. One of these was the impressive Batu Caves.

Guarding the entrance to the Batu Caves is a 43 meter high golden statue of the Hindu diety Lord Murugan, followed by a staircase of 272 steps. I’m not sure which is more formidable. Regardless, the caves themselves were breathtaking!  The ceiling is a towering 100 meters high, and extends through multiple caverns. The inside of the caves has been leveled and cemented with stairs, so walking through it is easy.

Inside the Batu Caves

At the cave’s end was a Hindu temple where priests were accepting food offerings and performing rituals with paint and fire. A mystical and reverent spirit was in the air in that impressive setting.

On our way back down the stairs, we took a tour of a second cave known as the “Dark Cave” which is home to the endangered trap door spider, poisonous centipedes, several varieties of bats, large cockroaches, snakes, and more. This tour was optional and the only part of the trip that cost money, but we thought it was worth it. There were some beautiful formations in the cave, a smooth and sparkling limestone wall, and giant stalactites and stalagmites. At one point when we all turned out our flashlights, complete darkness came instantly, and all you could hear was the chirping of the bats. It was fun to feel that for a minute, but I’m glad I had a working flashlight.

After exploring the caves, we had a nice Indian lunch, and then the girls had a henna artist decorate their skin. Emily had one painted on her foot, and Marie on her hand.

We really enjoyed the Batu caves. Tomorrow, they’re celebrating the huge festival of Thaipusam, an eight hour pilgrimage where men pierce their skin with large metal hooks to which they attach ropes and pull heavy decorated carts on wheels. We won’t be witnessing that, but we’re impressed with the devotion.

Check out the video below for more footage and pictures of our time at the Batu Caves.