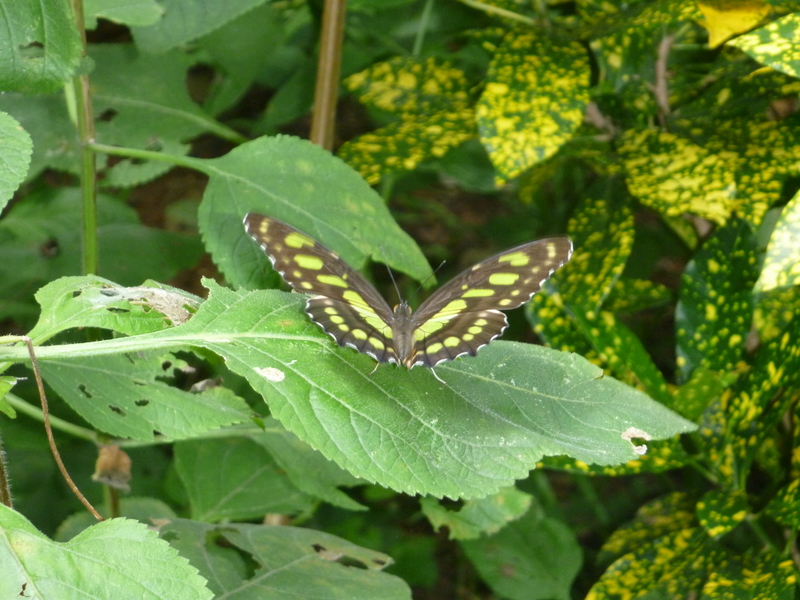 This month Jennifer and I spent three days away from the kids celebrating our 8th wedding anniversary. We went to the northwestern part of Costa Rica where we’d never been before, near the Guanacaste beaches in the Nicoya peninsula. We wanted to do some things that would have been a little harder to do with kids. Things like…

Neither of us had ever been surfing before, but we wanted to give it a try. We had a short lesson, some one-on-one instruction, and then a lot of practice. It was even more fun than I thought it would be! The waves were perfect for beginners like us, and I got up the second time I tried, and didn’t want to stop, even when the next class started coming in. This is something I’ll definitely have to do again. Jen liked it, too, but not quite as much as I did, I think. Unfortunately, we were both having too much fun to take any pictures. Oh well. 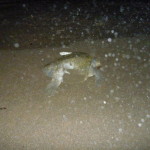 One night, we decided to take a tour to a beach where sea turtles often come to lay their eggs. It was late at night, rainy, and very dark, but our guide led us around with a group of about 7 until we saw a turtle coming up from the water. We followed her and watched the whole process of her digging the whole, laying her eggs, and covering them back up. The guide had a red flashlight for us to see highlights (he wouldn’t let us use our own flashlights on the turtle). It was pretty neat!

As the turtle was heading back to the ocean, we even got to touch her shell and her fins, which were very soft. Very few baby sea turtles will hatch and make it back to the ocean because of predators and other factors. But it’s neat to see all of this take place, and how such a beautiful animal carries on her species.

On this trip, we chose to stay at the Hideaway Hotel in Samara, which is within walking distance from both Samara and Carrillo beach. (We went surfing at Samara). We really enjoyed our time at Hideaway hotel and got to know the very nice owners, who recently built the hotel. They have comfortable and affordable rooms, and a great restaurant which even includes homemade ice cream and heavenly brownies! 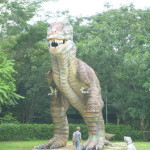 On our way back home (it’s about a 4 hour drive from Playa Samara to Grecia), we stopped at the giant tyrranosaurus rex statue on the side of the road coming to Puntarenas, and found out that it’s actually the entrance to Megafauna Monteverde, a dinosaur park where they have statues of lots of extinct animals, as well as an interesting museum and butterfly house. We didn’t have time to see the park, but they did let us browse around the museum for a few minutes. We’ll have to take the kids back here some time! We also had lunch at their restaurant, which was good.

You may be wondering how we could leave our kids for 3 days and 2 nights in a foreign country. I think we’re lucky to have such great friends, the Bustillos family, who offered to watch our kids for us while we were gone. Emily and Marie really enjoyed having a sleepover with their friends, and it also gave them a good chance to practice their Spanish. :) 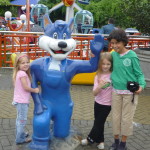 At the fun park

We’re so grateful to Maggie and Kincho for helping us out. It was a fantastic and very needed break away and a chance to celebrate our marriage. We’re so happy to have each other!

About a week after we got back, we went with the Bustillos family to a fun park (kind of like a mini-Disneyland). It was a pretty wet – and even cold – day, though, so we only stayed long enough to see what rides there were, and we’ll probably be back another day. So we decided to go see the latest Shrek movie instead, which we all enjoyed. Although the next day we found ourselves all sick in bed with a virus that lasted about a week. I guess that’s one reason it’s been so long since I’ve written on this blog. :) We’re happy to be feeling better now, too.

At the fun park