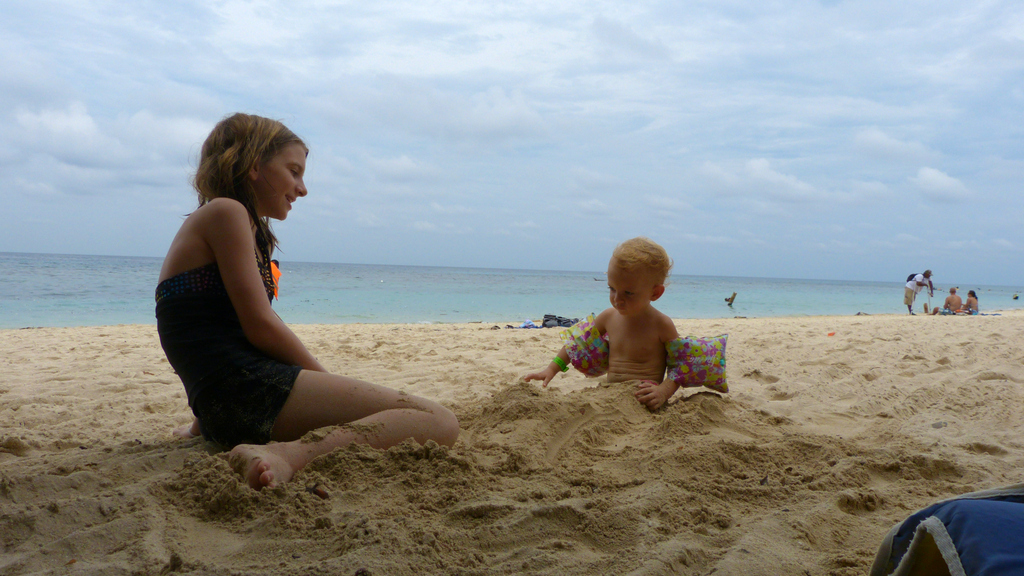 After our visit to Salt Lake, we took a cruise to Honduras, Belize, and Mexico. It was supposed to be a big family event with several extended family members, but for various reasons, each had to back out except for my sister’s family and mine. So our two families continued enjoying time together. :)

The cruise left out of New Orleans and lasted one week, with a day at each of the three ports, and a few sea-only days. With plenty of fun things to do on the ship for adults and kids, including a kids club, karaoke, and great food, we were anything but bored. We enjoyed the fact the many of the staff were from Bali, and even ran into to several people who were from Ubud, including one of our waiters, Ketut.

Here is a picture of us on the ship.

We had lots of fun singing Karaoke and performing.

Our first port of call was Roatan, Honduras, where we drove around a bit to see the town.

Then we swam at a beach that was pretty dirty because of a recent storm. But they eventually cleaned it up. See?

My sister and her boyfriend Casey also got engaged! Congratulations, guys!!!

In Belize, we went cave tubing, which was a blast. Yes, it’s riding an inner tube down a river and inside caves. With a guide.

In Mexico, we stopped at Cozumel, where we swam and played with dolphins! Such beautiful, intelligent, and playful creatures.

It was a very fun trip — so great to spend time together, and the kids had a blast, too. Here are more pictures and videos of the trip. Next up: New Orleans. And then I want to write about some other exciting projects I’ve been working on lately.