We finally picked a date to make the move abroad. We’ll be leaving Salt Lake City for Costa Rica on January 6th, 2010! We have some Jet Blue buddy passes we’ll be using, and we hope there won’t be a problem using buddy passes for the “required” return ticket as well. 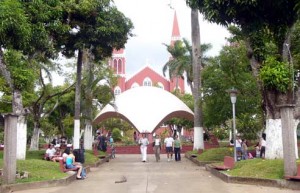 We’re going to start out our adventure in the little town of Grecia, Costa Rica, about 30 minutes west of the San José International airport. It has a population of about 15,000 people and has been rated the “cleanest city in Latin America”, and is supposed to be one of the friendliest. Famous for its red church made out of metal, it also has other attractions like a snake and reptile museum, butterfly farm, and the usual nearby waterfalls and volcanoes.

We’ve booked a cute little bed & breakfast there for 11 days, creatively called “B&B Grecia“, and hope to find a longer term (1-12 months) rental in Grecia during that time.

At this point, we plan on living “car-less” in Costa Rica, and just taking the bus and walking wherever we go. This will not only save on expenses, but also give us some exercise, and help us slow down and meet other people, too. We may get a car at some point, but not until we’re ready to venture out into other areas of the country a little more. 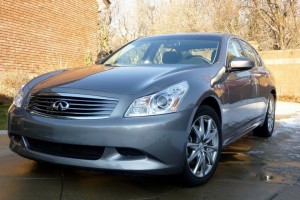 Speaking of cars, we still haven’t sold our new 2009 Infiniti G37x. KSL and Craigslist haven’t helped as much they did for our other stuff we sold, so I put the car on an Ebay motors auction as well.  We’ll see how it plays out. We’ve only put 6,000 miles on this car, so someone’s going to get a great deal. We’ll never get out of it what we put into it. But as consolation, we tell ourselves that at least our monthly payments were cheaper than renting a car for 6 months. And we sure enjoyed it while we had it! It’s been an awesome car.

Also, as part of my Spanish study, I’ve started listening to the scriptures in Spanish, while following along, pausing to look up words when necessary. If you didn’t know, you can listen to and read the scriptures on-line for free, in several languages at http://scriptures.lds.org. Just click the “English” link in the upper-right corner to change languages.

As the time draws closer for our adventure to start, we’re just getting more and more excited.

[Note: If you want to receive an e-mail every time I write a new post, just click the Subscribe link at the top. You can unsubscribe any time.]
g37greciainfinitijet bluescriptures

We've been traveling for
4603 days