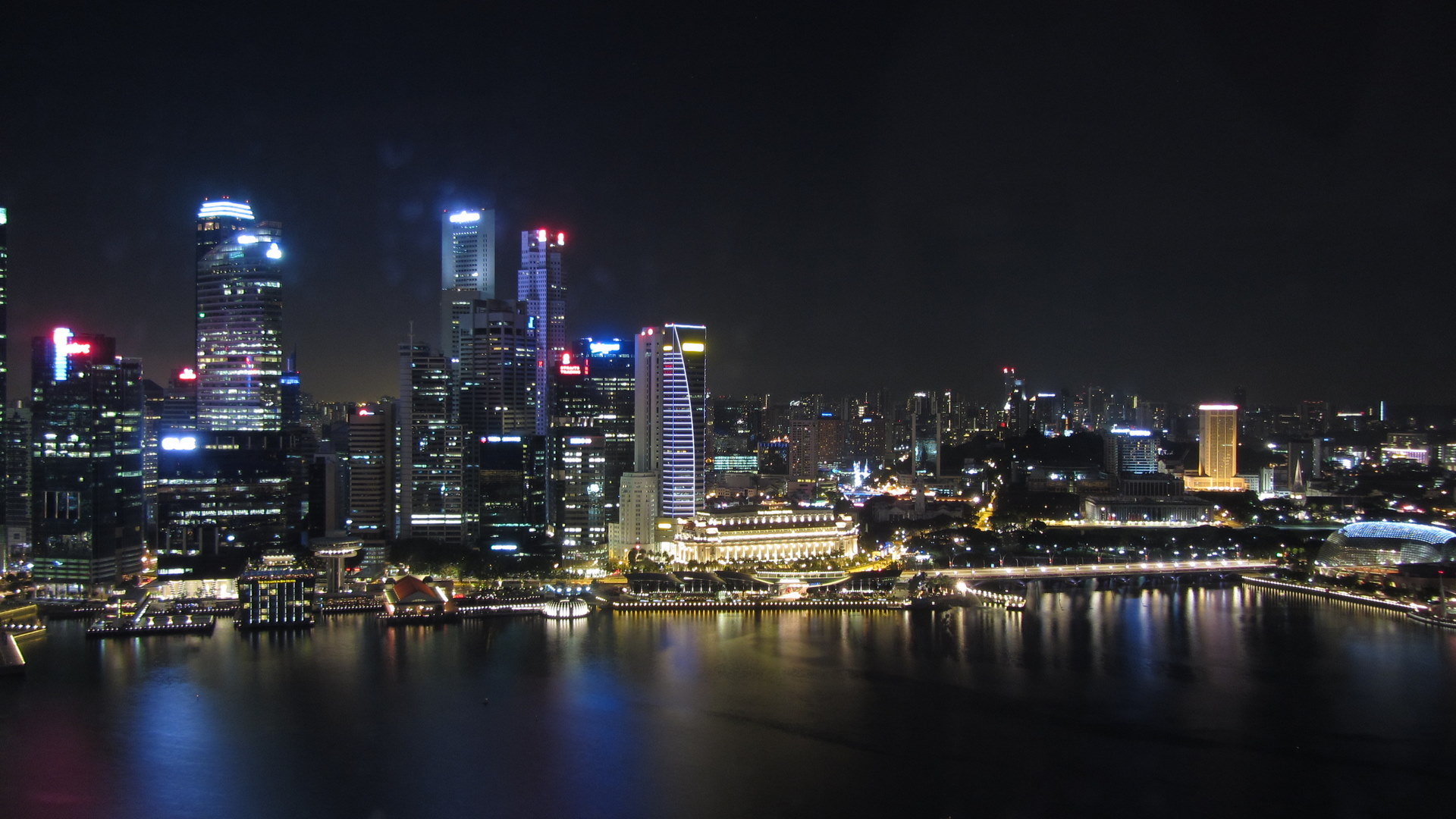 We’ve been in Singapore now for about a week and a half, and we really like this city. It’s clean, probably due to the $1,000 fines for littering (about $800 USD). It’s green, with tall trees lining almost every street, and beautifully landscaped greenery at every turn. It’s one of the safest cities in the world, where you can walk pretty much anywhere day or night without fear of getting mugged or pickpocketed. The weather’s a bit on the hot side, but feels great. The shopping is world class, and you can find any type of food imaginable. But there are two things that would keep me from living here full time.

First, it’s incredibly expensive! The average hotel is around $300/night. Normal monthly rent for a small 2 bedroom furnished apartment is around $6,000, and that’s on a long-term lease (and you can find much higher). If you want to buy a car, you must pay $50,000 for the right to drive it, and you have to renew that every ten years, in addition to the cost of the car itself which is also ridiculously high. Fortunately, the public transportation system is fantastic with trains, buses, and affordable taxis, so a car isn’t really necessary. Food can be found at reasonable prices ($2-6/plate) in the hawker stalls (food courts) but prices at restaurants vary greatly.

Second, it’s a big city on a small island. While you can find nature here, most of it is cultivated. You won’t find sweeping hills of untouched foliage with no sign of man, or a spot where you feel alone and far away from it all. And I would miss that. I already do. It’s a very busy and crowded place. But it’s still wonderful and amazing for what it is. They do have some nice nature spots in the botanic garden, Sentosa Island, and in parks, but you can’t really live in a park.

Despite all of Singapore’s benefits and the number of fun activities to do around the island, the locals I’ve talked to all seem to echo a similar sentiment: it’s boring. Although they say it’s less boring than it used to be. We have been anything but bored since our arrival, but maybe that’s just because it’s all so new to us.

Because the prices were high already, we decided to kick off our start in Singapore with a bang by staying at the biggest hotel in Singapore, Marina Bay Sands, which looks like a giant boat held up by three tall buildings.

Unfortunately, we were all recovering from bad colds, and Jen was sick in bed both days we stayed there. But if you have to stay in bed, it might as well be a comfortable one, with good room service, and a view like this:

The long infinity pool on top of the hotel is quite spectacular, and you can see far out into the island on one side, and the harbor on the other side.

There’s an upscale mall connected to the hotel, and a cool fountain show by the bay at night for free, which you’ll be able to see some of in the video below. We didn’t go to the nearby Art/Science museum or do much besides eat (the food court in the mall is great), but we still enjoyed our time at Marina Bay Sands. And we’ll be returning one evening next week to see Wicked on stage!

Next, we moved into a serviced apartment in the Orchard shopping district. While there, we met a really nice family from Ireland. The wife is Singaporean, and they invited us to a fish farm along with her family. What a cool experience! We took a boat out to a floating fish farm in between Singapore and Malaysia. The kids especially enjoyed feeding the big fish with the smaller fish, and also going fishing for their first time (then eating the catch). We watched a beautiful sunset over the water and had nice conversation over some of the freshest and most delicious seafood I’ve ever eaten. Thanks Peter and Pyn for the great time!

Here’s the video and the rest of the photos.