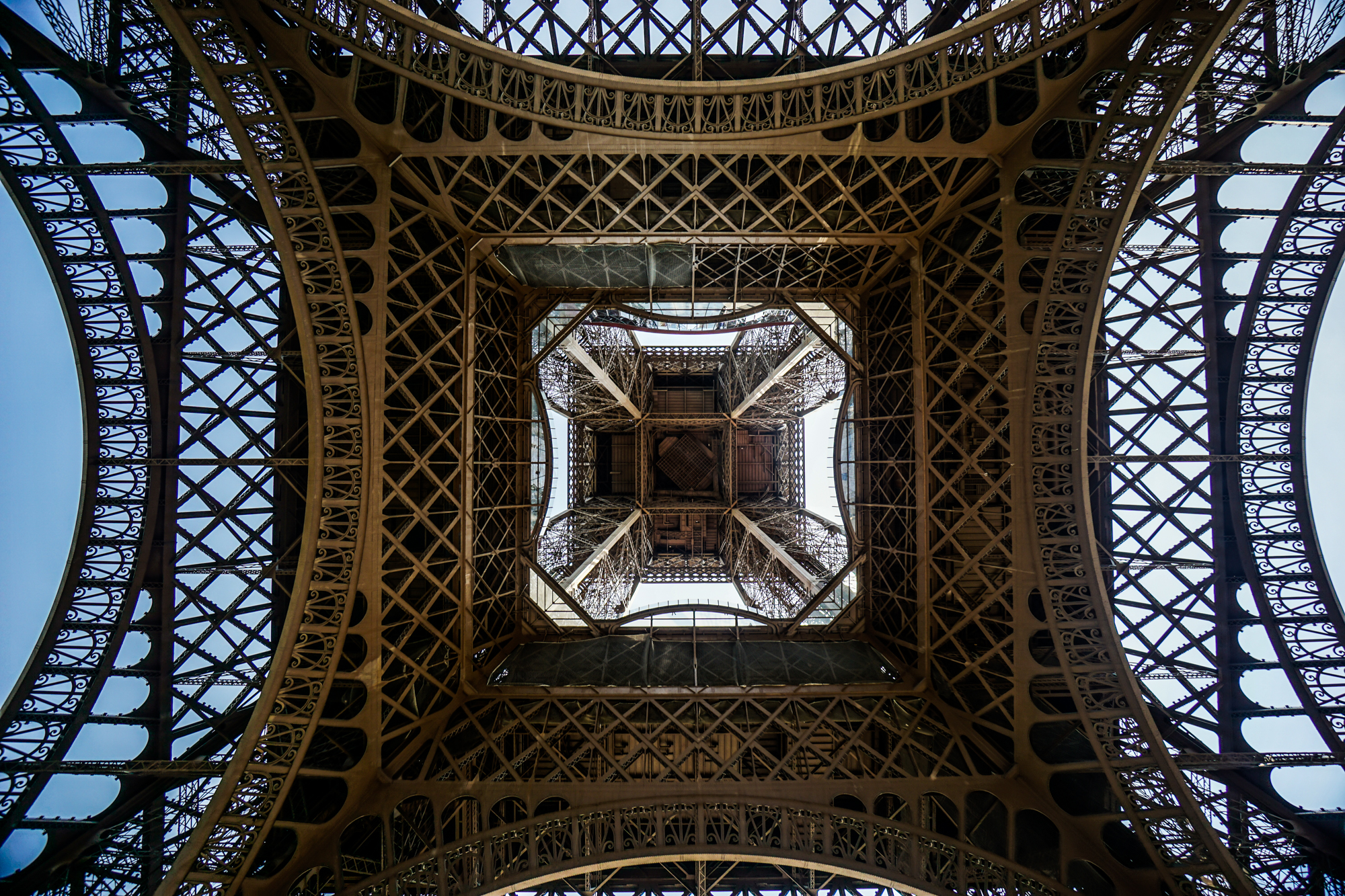 After all the amazingness we experienced during the first part of our time in France, we were certainly looking forward to a bit of integration and downtime, and our next two destinations provided the perfect opportunities!

On our way further south, we stopped in Annecy for an afternoon and enjoyed the playground and beautiful views around the lake. Continuing our drive, we passed by some lavender fields in full bloom in the Provence region, along our drive to Gréaseque. We stayed at a lovely bed and breakfast that night with large gardens and a swimming pool. It even included a kitchen, trampoline, badminton set, boardgames, and books! The owners were so sweet, and although we barely understood each other language-wise, we felt very well taken care of and there was a strong heart connection. We didn’t go anywhere for a couple of days. It just felt nice to relax and unwind together, like when I played a game with Aysia where I pretended to be a kissing frog, trying to catch her with my froggy lips. She was laughing so hysterically, which got me laughing too and feeling all those kid-like emotions again. Connecting with her in such a silly mindset felt like a lightbulb turning on. I realized I want to open more completely to such carefree play and the fun of being. Life’s too short to forget that, and too long to live without it. Thank you, Aysia!

Before moving on to Grasse, we visited the picturesque little town of Gordes, built upon a hill, and the nearby Lavender Museum. It was really interesting to learn about the different types of lavender, distillation processes and equipment, and since I can’t ever seem to get enough lavender essential oil, we picked some up on our way out and have used it many times since!

The place we stayed for the next few nights had a beautiful view overlooking the sweeping valley below and we spent a lot of time swimming and honing our tennis and bocce skills. I don’t remember the last time we played together so often, and for so long. It felt really good! We set limits on our electronics usage and made time-specific plans to play, which made all the difference. We discovered we really like tennis, and bocce was also a lot of fun, especially since Aysia was easily able to participate. There was a tree overhanging the tennis court, full of fragrant blossoms, which were teaming with butterflies. We discovered they also liked playing tennis, being attracted to the bright yellow balls flying through the air. In fact, we had to be careful not to injure any as we whacked the ball!

One night, Marie and Aysia prepared a puppet show for us with their My Little Ponies, which morphed into some really hilarious McDonald’s themed meditations, improvised by Marie and delivered with proper timing in an appropriately sedate and tranquilizing tone. “Imagine yourself surrounded by popcorn that is hitting you in the eye,” and other such nonsense, mentioning McDonalds strategically throughout. We all had a very restorative laughing session. It may have also been quite late in the evening. I had tears streaming down my face and my stomach hurt and I couldn’t breathe, so it was really quite amazing. I think Marie should start a new healing modality called laughter meditation therapy.

A short drive away, in Grasse, we toured the Fragonard Perfume Factory. It was interesting to learn about the traditional methods used in French perfumery, and to smell some of the fragrances. It was fun to practice picking out the different elements in each one. We learned that perfume is described as having three sets of notes which unfold over time. The scents we perceive first are called the top notes, which evaporate quite quickly. The middle notes make up the heart of the perfume and they develop as the top notes dissipate. They act as a mask to the base notes which take a while longer to produce a pleasant scent. As the middle notes fade away, the deep and solid base notes are revealed, 30 minutes after initial application. So, it is wise not to base your perfume purchase on the fleeting top notes of a fragrance, but instead to leave the scent on your skin for a while, to see how it changes over time. The character of a fragrance will also vary depending on how it interacts with a person’s individual physiology. Factors such as diet, medications, and dryness of skin all make a difference. For example, eating spicy and fatty foods can increase the intensity of a fragrance, and dry skin won’t hold the scent as long as skin with more oil. My favorite perfume was called Belle Chérie, consisting of mandarine, starfruit, jasmine, heliotrope, lily-of-the-valley, Tonka bean, and vanilla. We bought a small amount and are still loving the delectable scent!

The remainder of our time in France was spent in Paris, naturally. We took the train from Nice and saw some of the absolutely gorgeous southern French coastline along the way. We’ll definitely be checking that area out a bit more next time!

We stayed in a cozy apartment with super fast internet (900mbps!) in the inner-Paris neighborhood of République, amidst some great shops and restaurants. Paris was enduring an intense heat wave when we arrived, which gradually subsided as the week progressed, thank goodness. We set out to take the metro on one of those very hot days, and as we were trying to decide which direction to walk, an angel of a man appeared, bestowing upon us gifts of fresh peaches and an unopened liter bottle of water, before he disappeared back into a nearby building. Amazing! It’s just what we needed in such sizzling temperatures, and we drank up all that water in no time. We definitely would have been ill prepared otherwise. It makes me want to go out and do something super thoughtful for a group of unsuspecting strangers, too!

Speaking of random acts of awesomeness, we were on the receiving end of several during our stay in this remarkable country, many of which I mentioned in our previous post, and more yet to come. Even the car drivers would pay attention enough to anticipate us wanting to cross the street, and stop for us. On the whole, we encountered many chatty, friendly, and sweet people, and we were very impressed by the authenticity, depth, and vulnerability they shared.

This brings me to some amazing new friends we met in Paris, another family who has also had many of their own adventures exploring the world together. From reading our blog, they found out we’d be coming to their city, so they invited us to dinner at their house! This night was the highlight of the week for us. They served some really nice white wine and delicious chicken curry with rice and chickpeas, prepared by Sanjay, the man of the house, who is Indian. Such a treat! For dessert, Marie-Helen, made us some lovely profiteroles with ice cream, pears and chocolate sauce. We were enjoying the conversation so much, and the kids, being the same ages, were having such a fun time, that we didn’t arrive home until past two o’clock in the morning! We also spent our last day in Paris with this family, but due to his work schedule, we missed seeing Sanjay on that occasion. We went with Marie-Helene and the children to explore the magnificent Palace of Versailles, where we ate a picnic lunch together beforehand, in the adjoining gardens. We hope to spend more time with this incredible family in the future! In the meantime, Emily has been enjoying chatting and playing Minecraft with their son online as well.

A trip to Paris would certainly be incomplete without a stop at the Eiffel Tower, so one day we walked up the many stairs to the second level and took lots of photos, before walking to the Champs-Élysées, and the Arch de Triumph, afterwards. It gave us all quite a workout! We also visited the Louvre Museum on a different day, where we especially enjoyed seeing Napoleon’s spectacular apartments, but unfortunately the Monet and Renoir exhibits were temporarily closed during our visit. We ventured out to see Notre Dame one rainy afternoon as well, but skipped the towers this time, due to the long line and wetness.

Brandon and I also managed to squeeze in a luxurious, pre-anniversary dinner date one night at L’Atelier, upon recommendation from a French chef friend and relative. After savoring the fancy food, we continued our romantic evening walking all around central Paris, passing by many of the beautiful buildings and glowing lights, on a meandering route back to the apartment.

The City of Light surely involves a lot of walking, and we were definitely ready for a rest by the time our week was up. We even enjoyed just sitting on planes and in airports for the next twenty-ish hours, on our way to Seattle and Grandma Alli!

In our initial planning stages, we never would have guessed that our month in France would bring such an abundance of warm-hearted friends, exceptional experiences, and outstanding memories. Our buckets have officially been filled to overflowing!

Here is the video Brandon put together with more photos and footage, including a new song written by Emily.