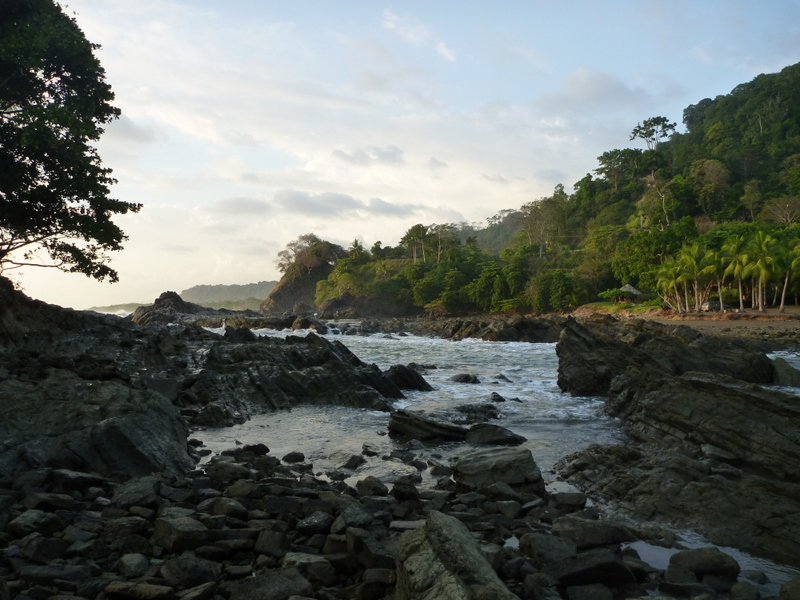 From Volcanoes to Beaches

Talk about views! We’ve seen the most breathtaking sites in the past few days. We decided to rent a car for a week and explore the country a little more while waiting for our new house to be ready.

We were thinking of driving all the way from Grecia to Dominical in one day – about a 4-5 hour drive. However, because there are no street signs, we took a few wrong turns and we ended up only making it as far as Cartago before it got dark (about 1.5 hours from Grecia). But that’s okay. 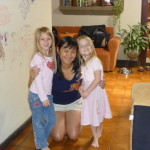 Rachelle and the girls

Before I get onto our journey I just want to say how much we enjoyed our time at B&B Grecia. Denny and Rachelle were awesome hosts! Denny was so helpful and informative to get us settled and help us know what to expect living here. And our girls absolutely adored Rachelle. They would talk her ear off as often as they could, showing her their computer games, telling them about their day. And Rachelle was so sweet to them. If anyone is looking for a good place to stay in Grecia, I highly recommend B&B Grecia. Breakfasts were good and it’s in a very convenient location, too.

The day before we left B&B Grecia, I also bought a GPS unit from Denny (Garmin Nuvi 260). It cost more than it would have in the US, but it has been absolutely essential! I can’t imagine getting around these streets without it. It also helped us find our hotels.

A Stop in Escazú 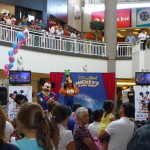 After we picked up our car around noon, we headed for Escazú Multiplaza, which is a giant mall, just like the ones in the U.S. We were searching for a certain type of shoe, called Keens, that are like sturdy, waterproof, close-toed sandals great for hiking, beaches, waterfalls, etc. Unfortunately, none of the stores there had our size. And they were twice as expensive as the store in Grecia. So we’ll go without them for now.

While in the mall, we were stopped by some journalists taking photos of this new rear projection touch-screen display, and they wanted our girls to model for it. Why not? We didn’t get any of the pictures (I forgot to take them myself), but it was a pretty cool technology. We also saw Mickey and Goofy at the mall doing a little magic show.

If I haven’t mentioned it here, everyone seems to adore our little girls. People are often touching their hair, and commenting, “Que linda!” either to our faces or to each other as we walk down the street. We really stand out here – but more so in the smaller towns. And when I hand shop keepers our credit card, which has a photo of our family on it, 90% of the time, they comment that it’s so cute, and excitedly show all the other workers there. I guess they don’t have photo credit cards here.

Escazú really seemed like a nice place. It appeared to be well kept up, very green, and had all the shopping and restaurants you’d expect for a medium-sized city. Everything is a bit more pricey there, though, and the people don’t seem as friendly as Grecia.

Cartago and the Irazú Volcano 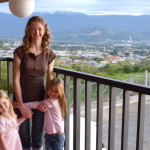 From Las Brumas hotel in Cartago

After the GPS led us to a gas station, we continued on our journey through San José onto Cartago. We mainly stayed on the highway (except for another wrong turn – yes, I had a GPS, but sometimes those roads sneak up on you). I wasn’t too impressed with the journey to Cartago, or the city of Cartago itself. It was pretty dirty and very crowded.

We hadn’t planned on staying in Cartago, but it was already 4:30, and since it gets dark here around 6pm, we thought we should find a hotel and have some dinner while we still had daylight. The GPS led us to a couple hotels that looked like real dives in bad parts of town, so we went on the outskirts of the city a little, and found Las Brumas hotel, which had a vacancy with 3 beds, a restaurant, free wifi, and even included breakfast – for about $75/night. It also had nice views of the city. 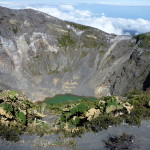 While staying there, we learned that the Irazú volcano was just 45 minutes away, so decided that we’d check it out in the morning before heading down to Dominical. It was a beautiful drive up to over 11,000 feet, and the volcano was breathtaking as well. We could see all the way to the Atlantic Ocean. You’re supposed to be able to see the Pacific ocean from there as well, but we didn’t go to the highest point (we were already getting lightheaded from the elevation and we were anxious to get to the beach).

We did stop at the Irazú museum, though, and learned about how volcanoes work, and watched a movie about Irazú’s eruption from 1963-1965. They had some fun little physics toys there as well, that the girls enjoyed playing with.

A Gorgeous Drive to Dominical 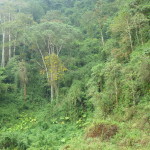 I love the jungle

After the volcano, we drove about 4 hours all the way to the Dominical, on the Pacific coast. It was a beautiful drive, where we passed giant canyons, misty rainforests, and jungles full of the sounds of birds and insects. We had lunch in a little buffet-type restaurant up in the misty mountains somewhere.

The only other major town we passed on the way to Dominical is San Isidro de General, about 45 minutes from the coast. We didn’t stop there, but it looked like a beautiful town, in a very green valley. We may check it out again some day. 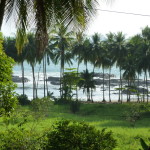 Jen spent some time the previous night looking for a couple hotels in Dominical to save us time going from one to the other on our GPS. We went straight to Costa Paraiso and fortunately, they had a vacancy. It’s a beautiful hotel right on the beach, with a lovely little swimming pool, which the girls were very anxious to try out. So, that’s the very first thing we did. :)

After swimming for a while, we took a walk on the beach. The water was SO warm – like a hot tub. And the views of the waves on the rocks, and the trees, with the sounds of the birds – it was just breathtaking. We feel like we’re in paradise! We’ll be staying here a couple nights and then head on to Manuel Antonio. Enjoy the video and pictures below.

Rachelle and the girls

From Las Brumas hotel in Cartago

I love the jungle

All of us swimming

Jen and Emily at the beach

Jen at the beach

Emily terrified of the waves

See the ocean from Irazu