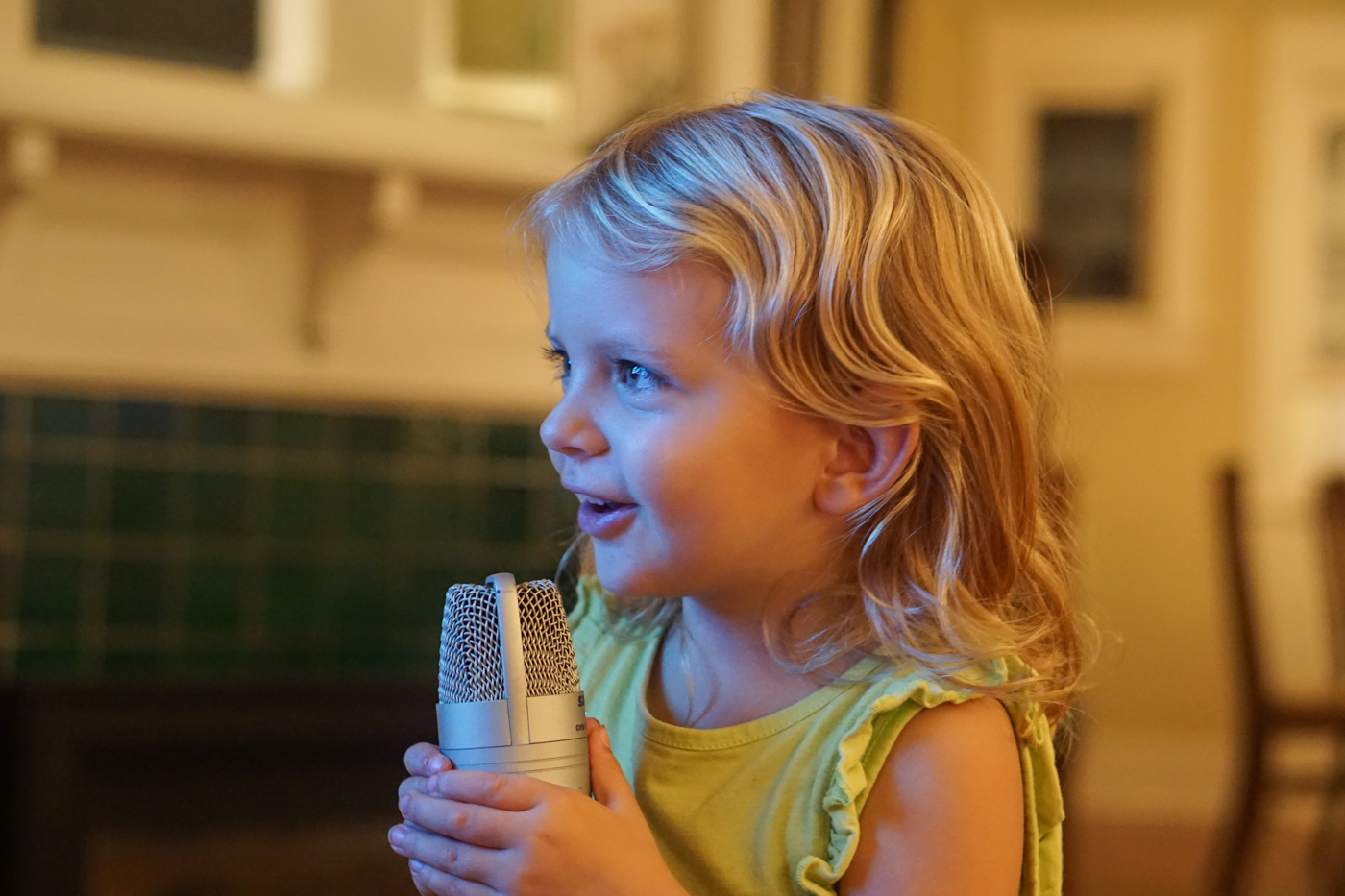 We’ve really enjoyed having a couple months to settle here in Victoria, BC. One thing we’ve all appreciated having more time for is music. The day after we arrived, I rented a piano keyboard from a local music store, and finished putting out recordings of some new pieces I started writing back in Bali. These involve piano, as well as my voice, and other ambient sounds. Have a listen below, or on my Bandcamp page:

Emily has been writing more songs, too. We’re all amazed at how quickly she comes up with catchy tunes and inspiring lyrics. To help hone her skill, she’s started taking songwriting lessons from a professional songwriter from L.A. (who happened to be in Victoria for a month). She’ll be continuing the lessons via Skype. She hasn’t recorded anything professionally yet, but here’s a snippet of one she wrote before she started her lessons:

One night, Emily gave us a great idea for a fun family activity – karaoke! I plug the computer into the TV using an HDMI cable, then plug a USB condenser mic into my computer, linked through Garageband for a cheesy reverb effect, and we take turns singing karaoke tracks on YouTube. We’ve done everything from My Little Pony songs and Disney classics, to jazz and rock standards, musical theater favorites, and the latest pop hits. I think it’s going to become a regular evening activity for us. Here’s Marie singing “When Will My Life Begin” from Disney’s Tangled:

Jen has been taking voice lessons again too, and in the process, is learning as much about herself as she is about vocal technique. It’s been fun for us all to see and hear the progress. Here’s one of the songs she’s been working on:

Emily and Marie have started back with practicing the piano using PianoMarvel.com. We love this software because it makes learning piano more fun and game-like. Emily sometimes spends hours perfecting her favorite pieces. If you want to try it, use my promo code 3EEED31A for 20% off.

A couple weeks ago, my mom came up from Seattle for a visit (so nice to be closer to her!), and introduced us to literal music videos. We’d never seen one before, and had some really good laughs. The concept involves taking strange music videos, and dubbing new words in to explain what’s happening in the scene, instead of what the singers are actually singing about. They can be hilarious! So we decided to create one. We found an old 1984 music video of the song “Obsession” by the band Animotion, and proceeded to come up with funny lyrics. Jen helped me out with the vocals, and we had lots of fun making this goofy video. Maybe it will give you a laugh, too:

Grandma also taught Aysia her one of her signature songs, The Slithery Dee, which she’s enjoyed singing:

Having fast Internet and being in Canada has also allowed us to listen to music around the house using services like Spotify, on our Bose Soundlink Mini speakers. Music is certainly not the only thing we’ve focused on this past month, but it’s been one of our favorites.