We did it! We walked 180km as a family from Trabadelo to Santiago de Compostela, Spain, over the course of 9 days. With several hours per day of walking, this was a fairly intense experience for us.

Our friends had walked much further, having started near the French border in the Pyrenees mountains. We joined them for the last stretch of the trip a couple days later than we planned due to some airline challenges that ended up being our most expensive travel mistake to date.

But with spectacular scenery, fantastic conversation, and several injuries, we made it through. Below is a summary of the experience along with some the photos and footage we took along the way. 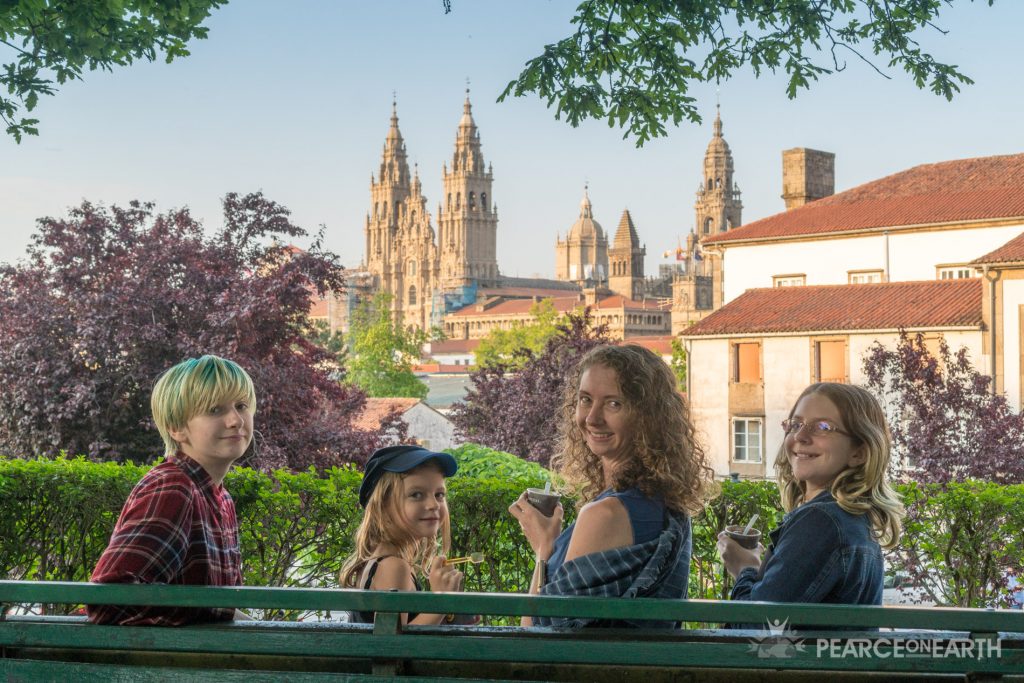 We first arrived where we would end up – in Santiago de Compostela – where we rested from our flight and geared up for our journey at Decathlon. From there, we took a train about 180km away to Trabadelo, to meet our friends, the Kaponays and the Heartsleeves whom we’d walk the rest of the journey with. 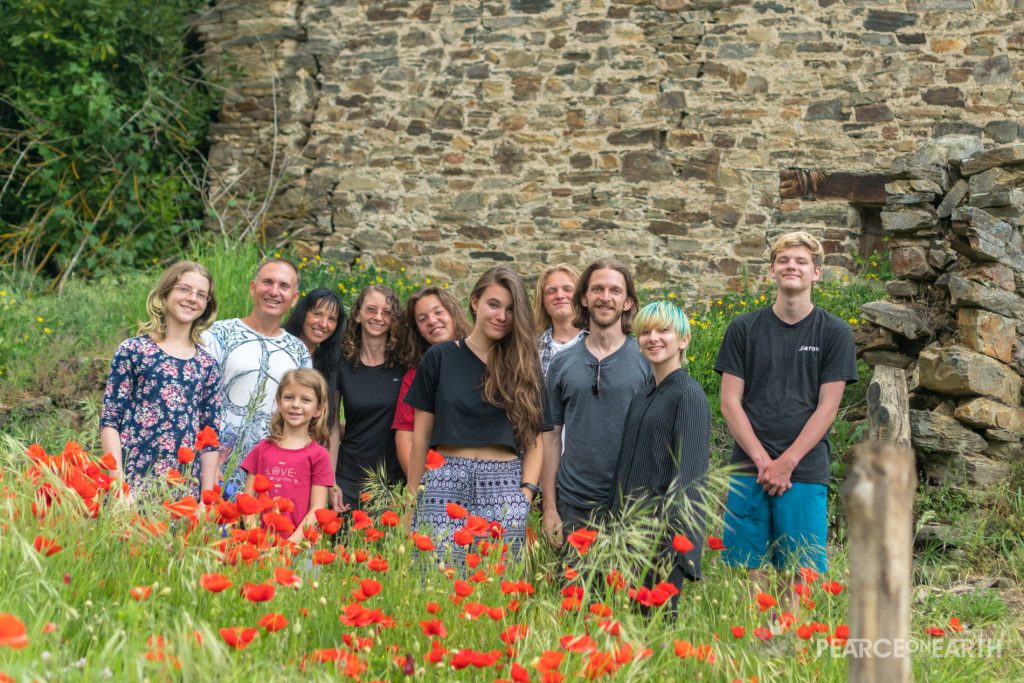 Due to our missed flight and arriving later than we’d planned, we started our journey on two of the longest and most challenging walks of the entire Camino, up many long steep inclines and declines over rocky terrain for nearly 25km each day. The views were spectacular! However, my feet, ankles, legs, hips, and lower back were all extremely sore. 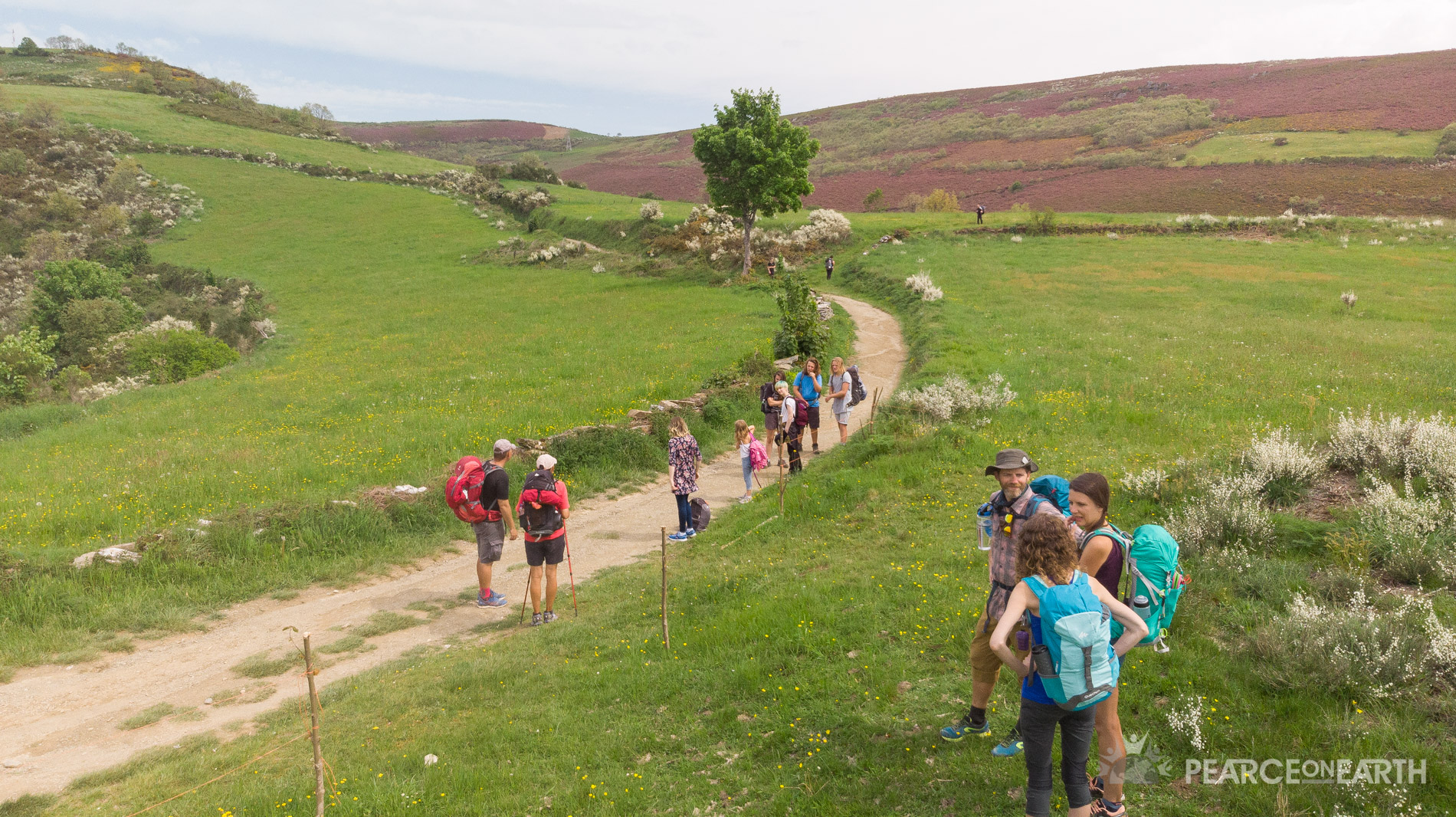 Further, my right knee, which I’ve never had problems with before, became progressively more painful. I reached a point after the first 5k on the third day, where I couldn’t put any pressure on my leg without excruciating pain. Sadly, I had to abandon the trail and call a taxi to the next town. 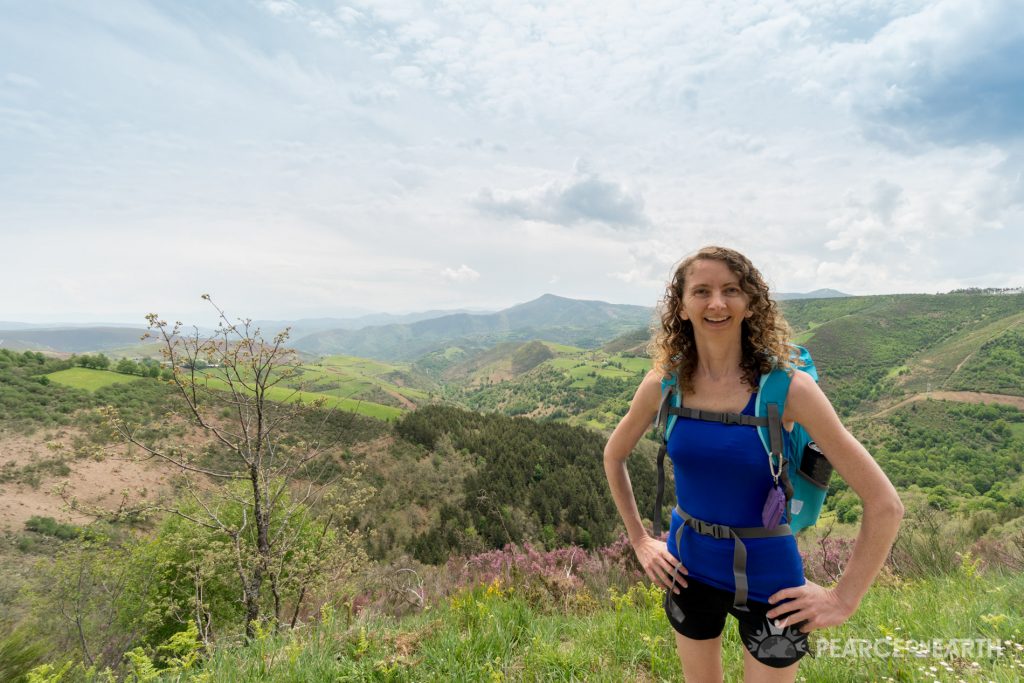 It felt a little scary to be feeling so much knee pain, and also disappointing that I had to skip some of the trail. I felt like an invalid limping around, and a bit embarrassed due to my otherwise good health and relatively young age. I applied ice and various medicines. I wrapped it, elevated it, rested it, heated it, massaged it, and exercised it. It recovered to the point where I could walk on it very carefully and slowly on level ground. But pain would surge through it in unexpected moments.

Fortunately, there was a clinic in the town, and I got an acupuncture treatment one day that reduced the inflammation significantly, allowing me to walk around slowly, and a physical therapy treatment the next day in the next town (I took a taxi there). By the third day, I was able to walk on the camino again, and finished out the last three days on the trail.

Unfortunately, by this time, Jen’s knee had given out too, and she had to skip out on the last three days while recovering. Aysia joined her on one of these days. 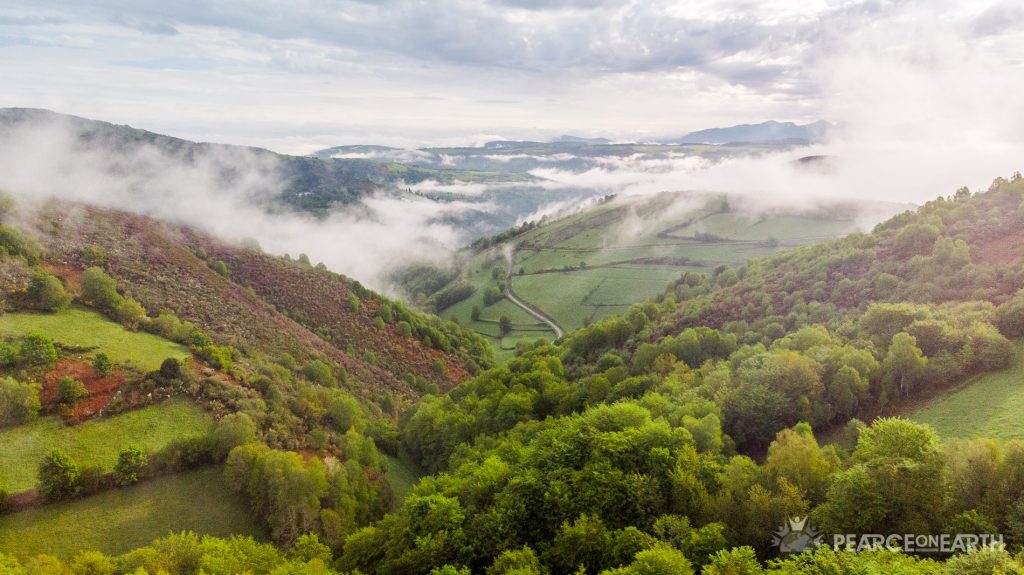 We slept mostly in “Albergues” or Pilgrim’s hostels, in rooms filled with bunk beds (some nicer than others), and shared showers. For food, we’d stop at a cafe or two along the way, and typically enjoy a larger a meal in the evening once we’d arrived and rested. Due to tiredness, no one had trouble getting to sleep early for an early start around 7am. 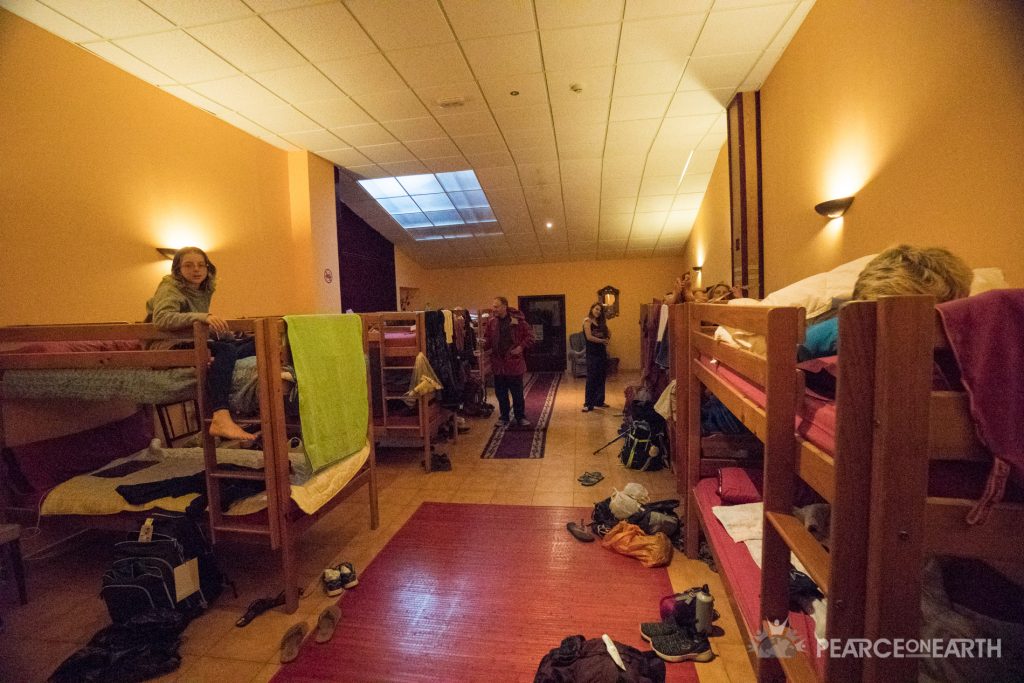 The kids all did surprisingly well. Aysia, in particular, seemed to have no trouble at all walking distances of this length, and still had plenty of energy to play in the evenings. She also had her 7th birthday on the trail which we celebrated with some chocolate cake and lots of love.

Emily did fine physically, but did not enjoy the trails so much emotionally, as she would have rather been working on her animations or doing something a bit less intense and less distracting from her passion projects. Reminds me of me as a kid…

Marie enjoyed the socializing with friends, but like everyone, got quite tired toward the end of the day. 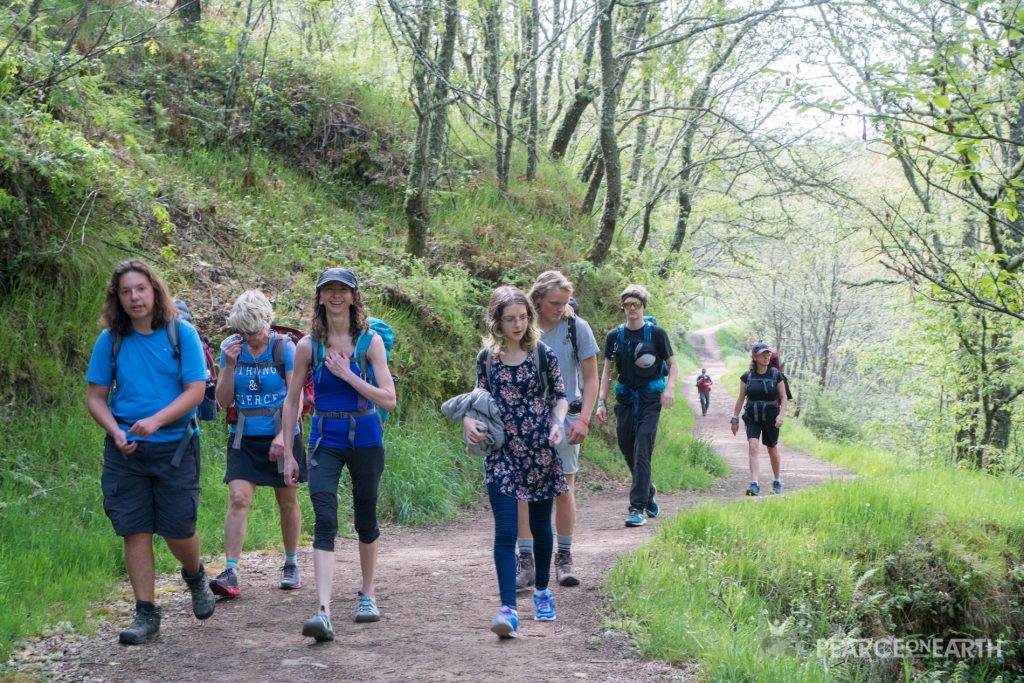 Overall, despite the soreness, blisters, and injuries, this has been a wonderful experience. The scenery has been spectacular, with rolling hills, mountain valleys, fields of farmland, forests, and small towns with thousand-year-old stone buildings crumbling with age. 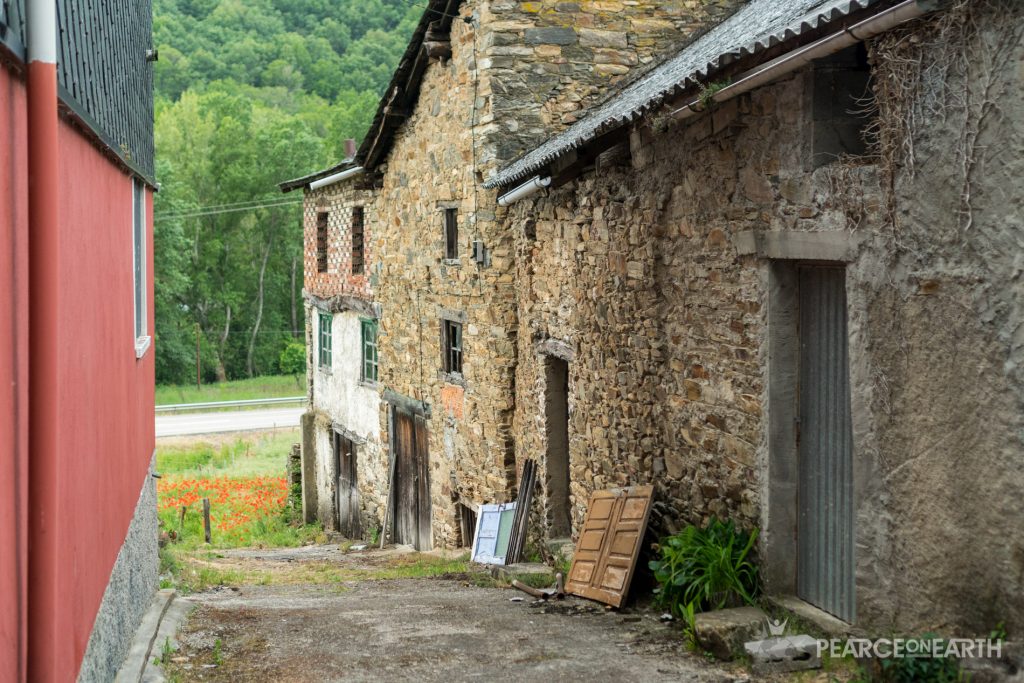 I took plenty of photographs and even some drone footage (which may be used in our Into the Wind documentary). Fortunately, this footage was transferred before we got robbed and lost all our footage! 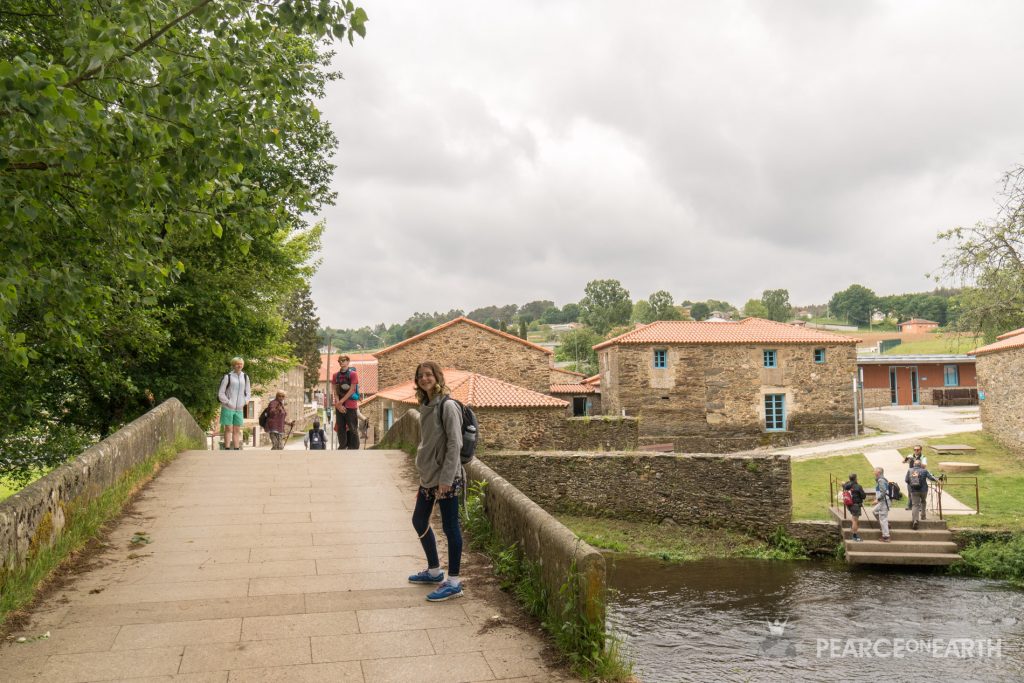 My favorite part has been being with our dear friends. The long conversations, supportive encouragement, fun evening relaxation, and meals shared together made this challenge especially worthwhile. 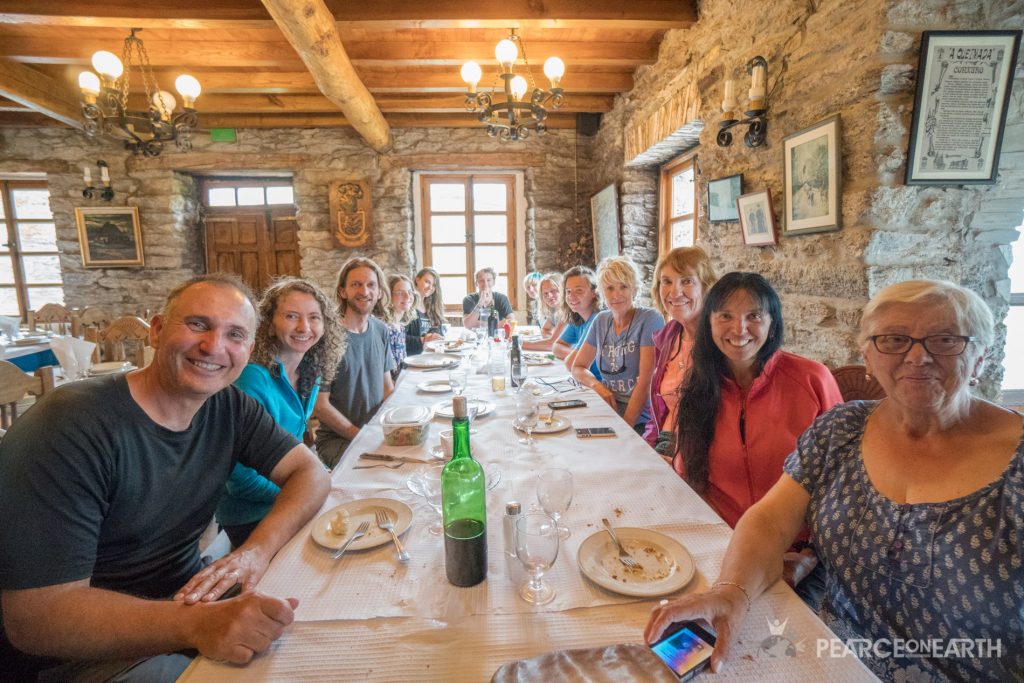 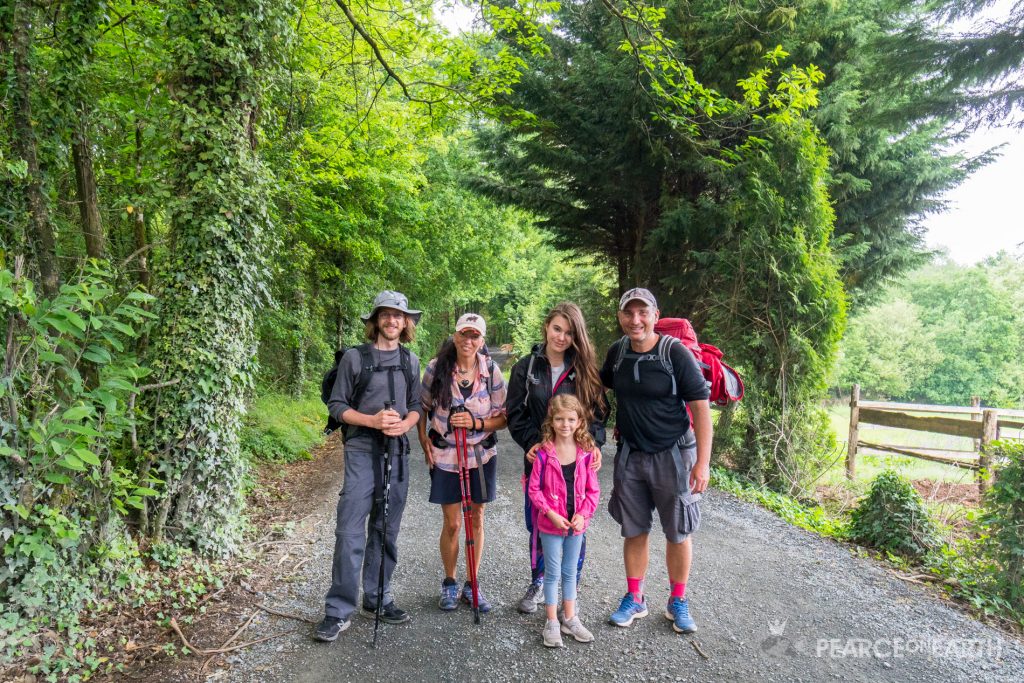 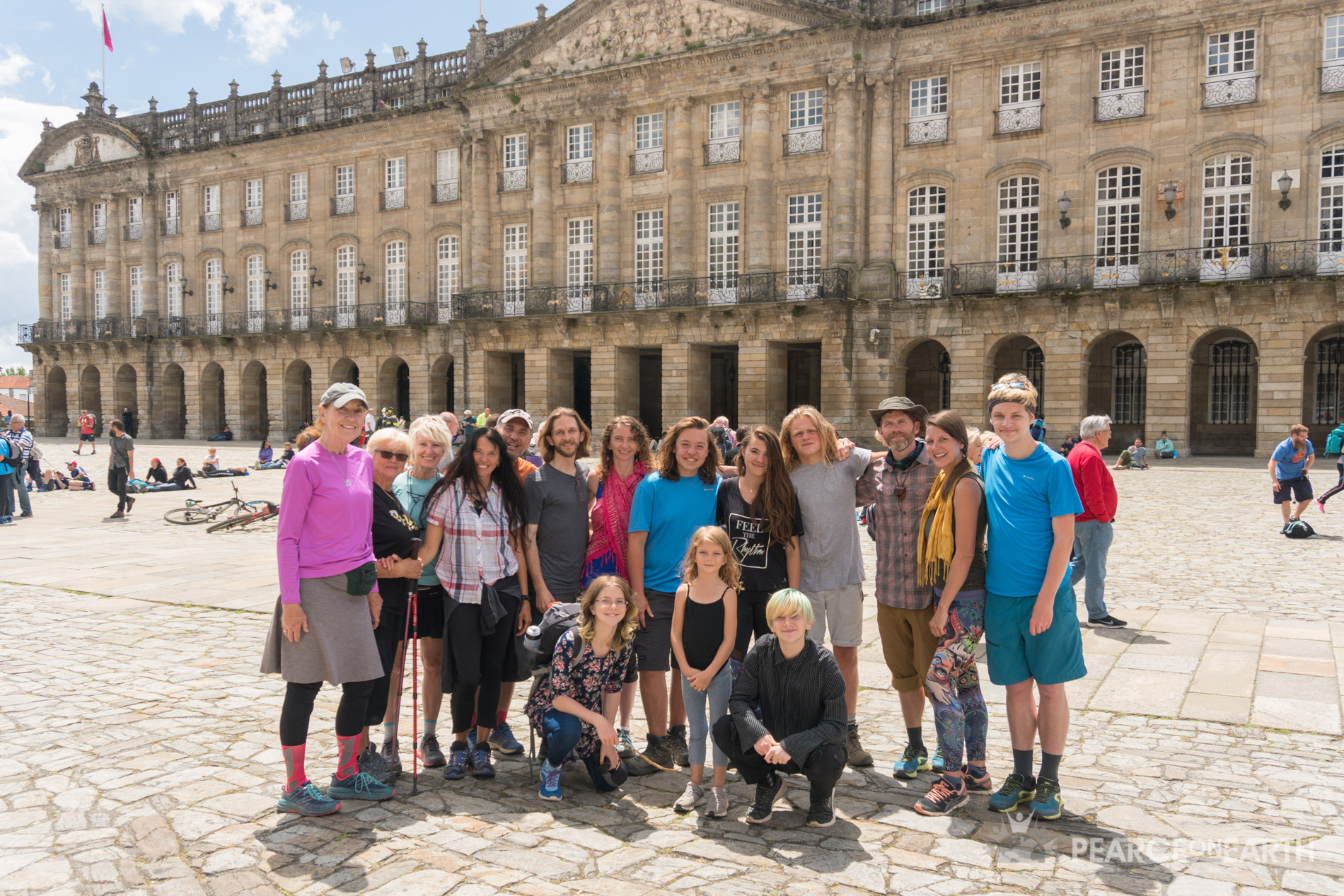 I think what made this walk so physically difficult for us wasn’t the distance or the hike itself – it was actually a relatively easy walk, through beautiful scenery, and with great weather. What made it difficult for us was the pace at which we took it. 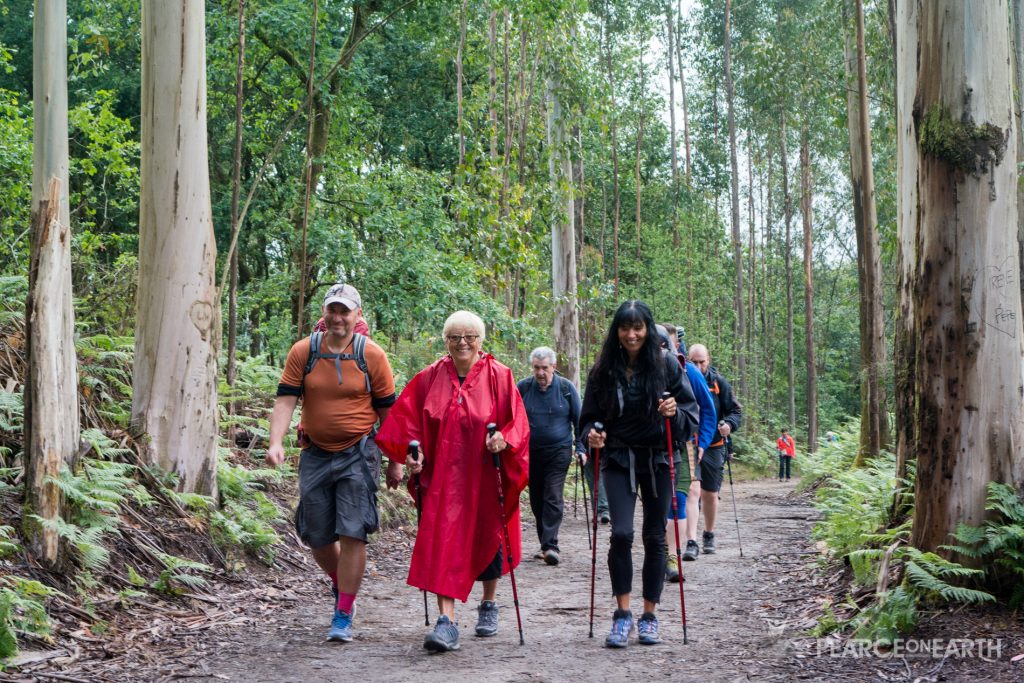 The friends we joined had been walking for several weeks already, or had trained more prior to arriving. And we were starting rather fresh, not used to such long and fast walking. But because one of the main reasons we wanted to do this walk was to be with our friends, and because the timing of our route was already planned, it was important for us to keep up with them.

I do think the Camino de Santiago is doable for most families. Physically and emotionally, our youngest two daughters handled it the best. 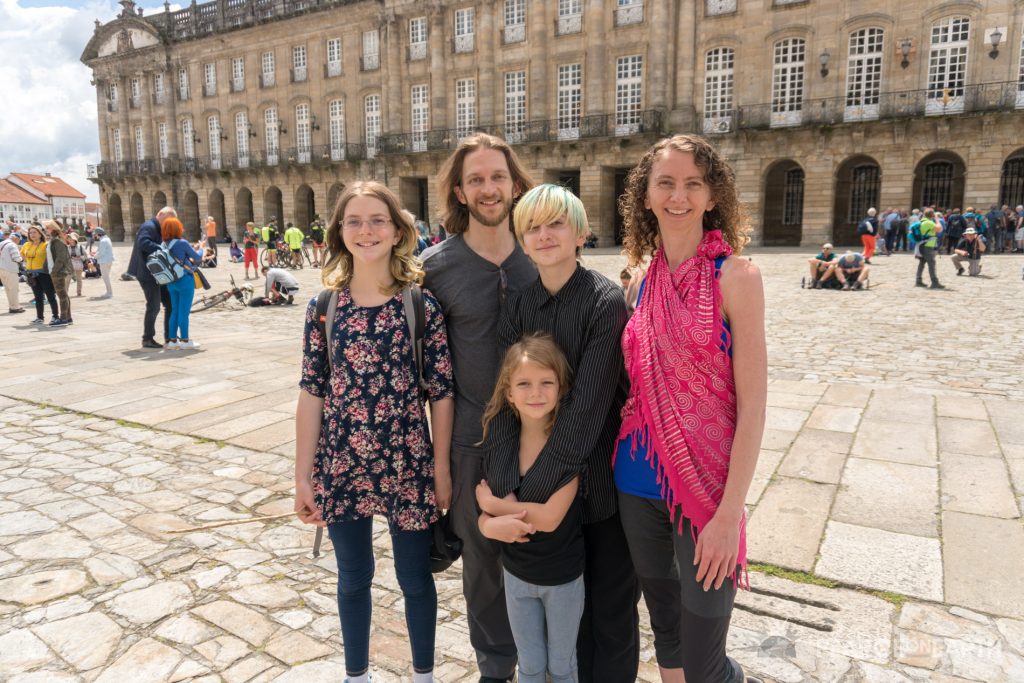 But if we were to do it again, we’d take it at a much slower pace. Maybe going half the distance each day (10km instead of 20km), or taking more time to walk the same distance, with more frequent breaks and photo stops (6-8 hours per day instead of 4-6), I think would have made it a less strenuous and more enjoyable journey for us. 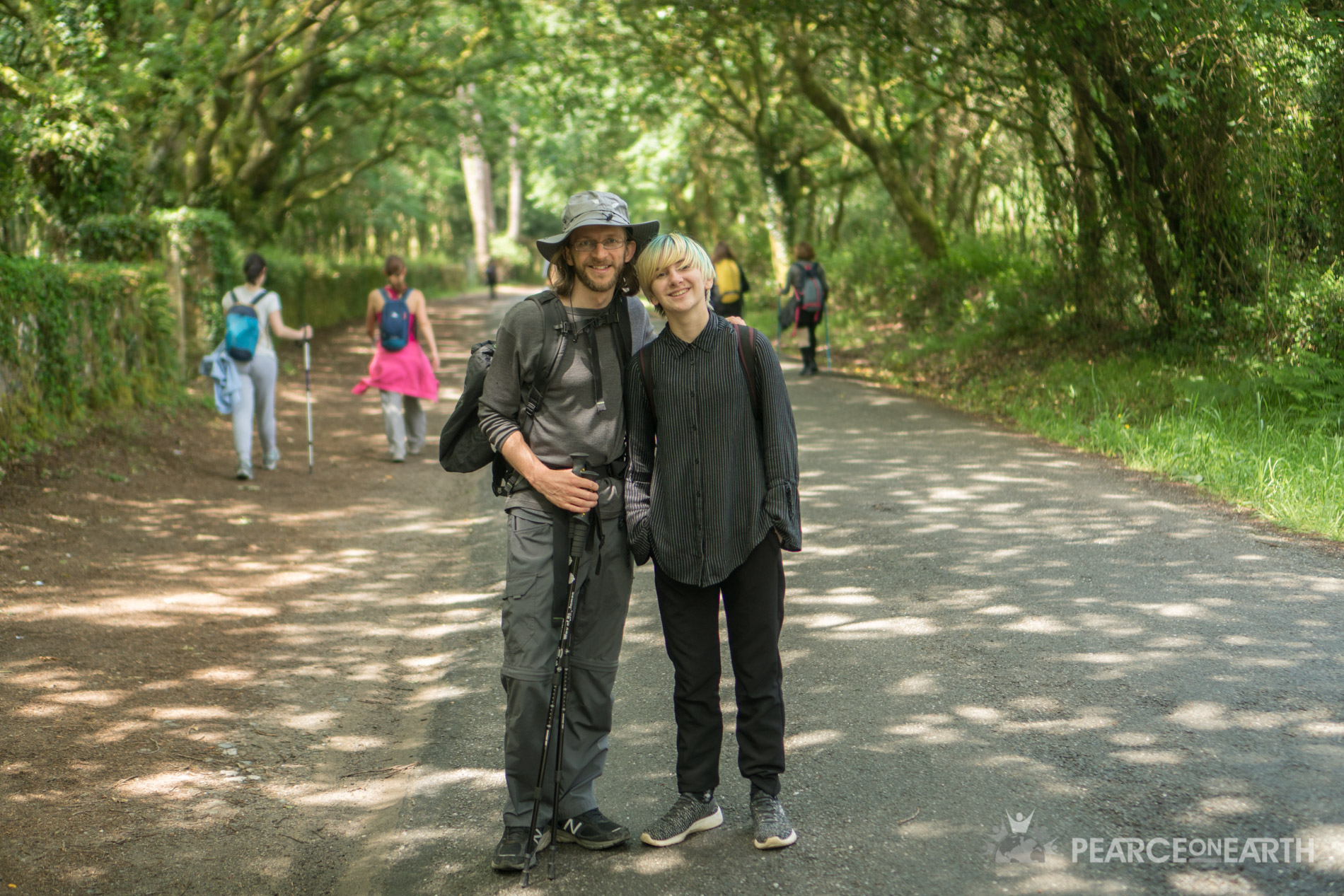 And of course, as a photographer, I appreciate the chance to stop and spend more time in beautiful spots to soak in the scene and capture that perfect shot – which means I usually like to dally a bit longer than most people. Otherwise, my natural tendency is to just speed through and “get stuff done”.

I do recommend the Camino for anyone who is looking for one of the most beautiful walks in the world, wants to challenge themselves physically, or of course, has another purpose, pilgrimage or otherwise.

May you enjoy your own Camino, in whatever form it takes. 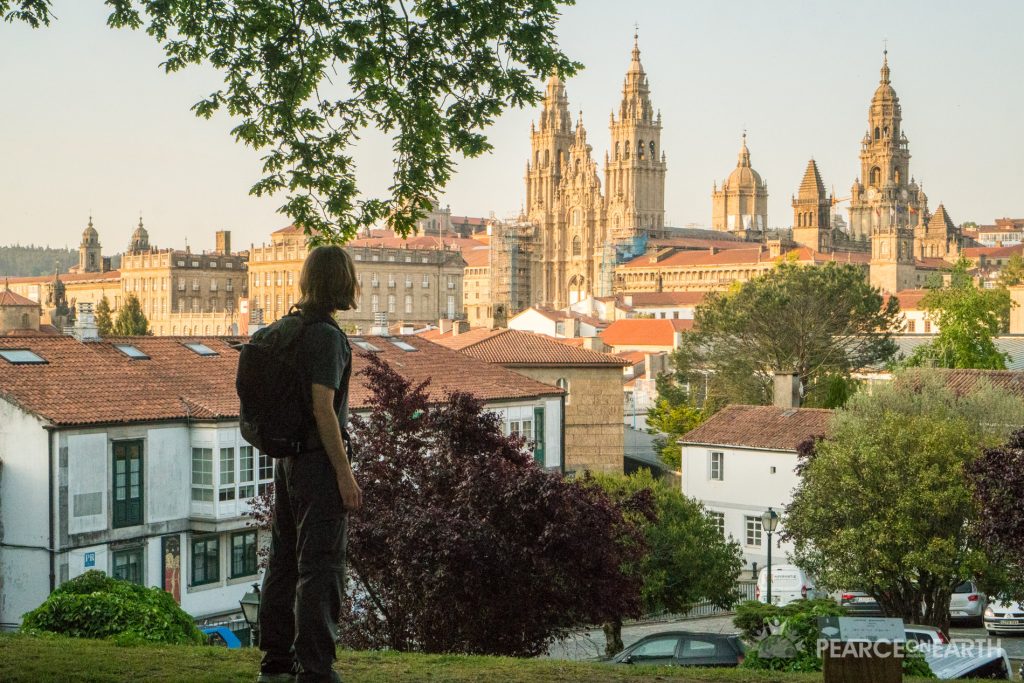