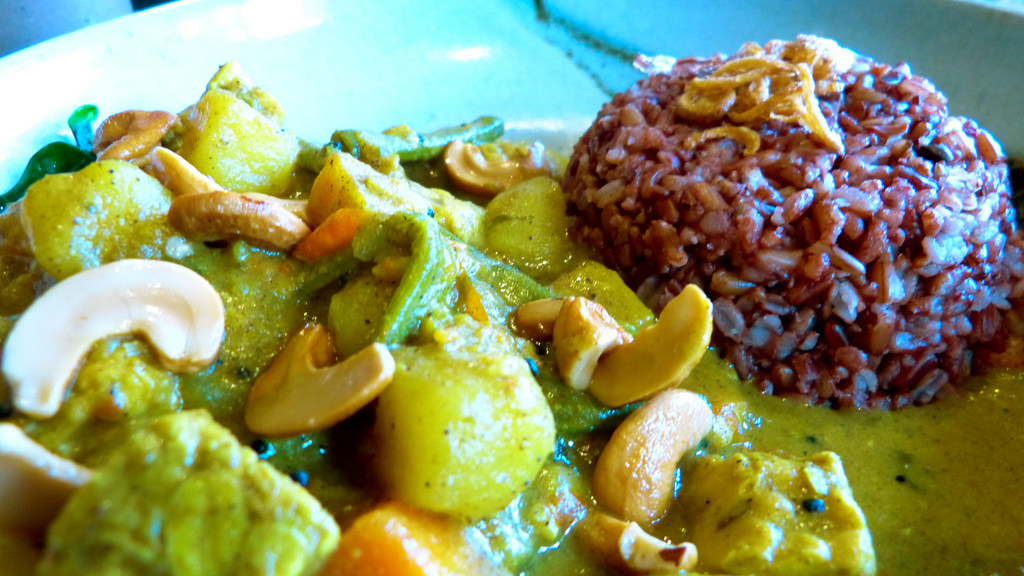 How Healthy Can You Eat?

Ever since we read the book In Defense of Food and watched the documentary Food, Inc. a couple years ago, our family has been trying to eat more healthy. As much as possible we avoided processed foods and began to give up our boxed breakfast cereals (most of the time), pre-packaged meals of all kinds, and anything with ingredients like high fructose corn syrup and hydrogenated soybean oil. Mostly, we tried to eat “real food” — you know, the kind that grows in the ground rather than comes from a factory — and avoided foods with too many ingredients, or ingredient names we couldn’t pronounce.

This was fairly easy in Costa Rica because most packaged foods were imported and expensive, whereas fresh fruits and vegetables were grown locally, often organic, and could be purchased at farmers markets at great prices — and they tasted fantastic! We thought we were eating healthy already, and compared to how we used to eat back in the States, we were. But not until we arrived in Bali did we realize just how much more healthy we could become, and how much better healthy food could taste.

From the time I was a kid chewing my turkey gristle for 10 minutes before being able to swallow it, I haven’t really liked eating meat unless it had a really good sauce (but then isn’t it the sauce I’m liking, not the meat?). Anyway, since coming to Bali, we’ve become vegetarians and we’re loving it! We do eat fish on occasion, and aren’t religious about saying no to meat if it’s offered to us at a friend’s house or something. But we basically don’t eat meat.

Next, we’ve learned about the difficulty most humans have digesting wheat and dairy products. I never knew this. I’ve heard of some people being “gluten intolerant” or “lactose intolerant” but it appears that most people already are, to some degree, because wheat and dairy are not things that our bodies know how to use well. Cows milk is great for calves (that’s baby cows, not your lower leg), but not so great for humans. Despite decades of marketing campaigns proclaiming how milk strengthens bones, many experts now agree that it actually weakens them and causes other problems. This means no milk (especially pasteurized cows milk), no butter, no yogurt, no cheese, NO ICE CREAM!! What am I going to do?!

Likewise, being a lifelong lover of pasta, breads, and grains, I was disappointed to learn that eating wheat in any form may not be so good for me, and might be causing some of the indigestion I often experience. So, no lasagna, ravioli, pizza, french toast, cream of wheat, or chocolate cake?! Sounds like no fun at all.

But to help with the indigestion, and because of the great results I’ve heard of others having through this kind of diet, I thought I’d try giving up wheat and dairy for one torturous month to see what resulted. It’s only been about a week so far, and it’s actually been amazing and not nearly as hard as I thought it would be. I’ve discovered many great alternatives to wheat, such as spelt, which it turns out I like even more than wheat! I’ve had spelt pasta and bread and it tastes delicious! Instead of cow’s milk, I’m enjoying almond milk, cashew milk, and coconut milk. And I’ve had some amazing desserts like raw chocolate pie with nut crusts. I’m also following a few other guidelines, like only eating fruit on an empty stomach and allowing 20 minutes for digestion before eating other foods; eating less sugar, using mostly honey or other natural sweeteners like stevia or coconut; not combining proteins with starches in the same meal; and never using a microwave.

Especially here in Asia there are so many interesting and delicious things to eat, that I’m finding I’m not missing meat, wheat, or dairy one bit. Here are a few dishes we’ve had recently, at home, at a friend’s house, and at restaurants (usually $3-5/plate):

And so many more great meals that I didn’t take pictures of; soups and salads, wraps and pastas, curries and sauces. I’m loving food more than I ever have before, and am also feeling more healthy than I’ve felt in quite a while. It’s easy to eat healthy in Ubud with so many health-conscious restaurants like Clear Cafe (our favorite), Bali Buddha, Down to Earth, Alchemy, Kafe, Juice Ja, and several more.

As humans, we need to eat healthy food to feel healthy. But how healthy can you eat?