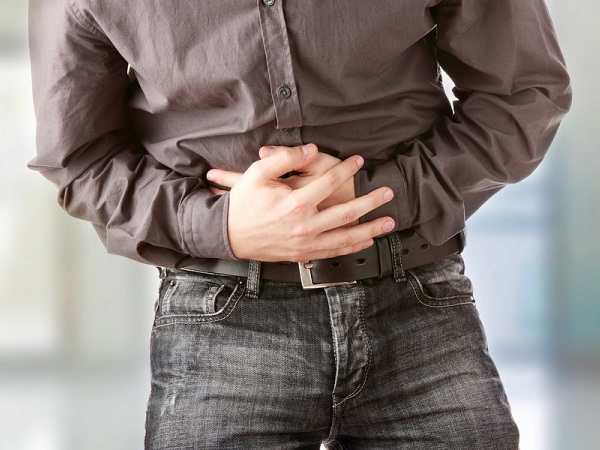 How I Cured My Irritable Bowel Syndrome

After struggling with Irritable Bowel Syndrome (IBS) for over five years now, and trying every method I could to heal it, I think I’ve finally found a permanent cure! I’ve written about IBS before, and some of the tests, diets, and methods I’ve tried. And I’ve had a few periods of reduced symptoms that have lasted up to 3-4 weeks. But otherwise, it’s typically been diarrhea 2-3 times per week. Until now! For the past 6 weeks, I have been completely symptom-free. And that’s with no special diets (I’m eating everything), no special pills (I’m not taking a single supplement), no special training, no special tools, and no purchase necessary – just a simple exercise that takes 1-2 minutes per day.

Sound too good to be true? That’s what I thought too, which is why I brushed it aside the first time I heard about it. It’s so incredibly simple that when I finally tried it and saw that it worked, I was floored! Well, floored and elated. But when I heard the science behind it, it made sense. I want to tell you the cure right now, and I will at the end of this post, but first I want to briefly talk about what IBS is, and what else I’ve ruled out, so you can understand how this works.

Irritable Bowel Syndrome affects up to 20% of American adults. It is not a disease as there is nothing physically wrong with any particular organ. Rather, it is a brain-gut access disorder. In other words, the brain and gut are not communicating properly, so the proper enzymes are not being released to digest the food (to put it simply). This can result in intestinal discomfort, cramping, bloating, motility issues, lack of energy, and other symptoms.

Also, there are many types of IBS. Some lean more toward chronic diarrhea. Others to constipation. Others have both. If you experience these symptoms regularly, it’s important to rule out other diagnoses like parasites, food allergies, Crohn’s disease, ulcerative colitis, SIBO, etc., as the treatments may be different.

For me, I tracked everything I ate, every bowel movement, every emotion, even every time I had sex, and found it very difficult to identify any correlation between these things and my digestion. I should clarify that spicy or greasy foods, and stressful emotions, did tend to exacerbate the symptoms, but it wasn’t consistent. Here is a quick list of some methods I’ve tried over the years to heal my IBS:

And just to reiterate, for the past 6 weeks, I have done none of these things (well, except meditation, but I’ve been doing that all along, for the most part, without complete relief of symptoms). I’ve also eaten just about everything: wheat, dairy, meat, “junk” food (a few chocolate bars, ice cream, and sugary snacks), spicy food, greasy food, and all types of cuisine, including those that have often caused me problems in the past like Indian curries, Thai food, pizza, and cheeseburgers. I’ve also been eating Japanese, Mexican, Turkish, Greek, Indonesian, Italian, French food, and more. I’ve eaten these foods across three continents, from Barcelona, Spain to Dubai, UEA to Ubud, Bali, Indonesia, both in restaurants and home cooked, and all without any symptoms. Well, I have had occasional gas and slight intestinal discomfort with a handful of meals, but so did others in my family, so I think it’s fairly normal. But I’ve had no diarrhea, and generally regular and comfortable bowel movements. I should also say that my diet has not changed significantly over the past 9 months — I like variety. There is really only one change that I can see that has made a significant difference in curing my IBS.

So, what is the secret?

You might laugh when you hear it, because it’s so simple and sounds a bit ridiculous, but I’m totally serious. What seems to have cured my IBS is simply:

What?? Yeah, that’s what I thought too. But it turns out that the vagus nerve is an essential part of the communication channel between your brain and your gut, and that partially stimulating the gag reflex through gargling, tongue depression (or even singing, to some degree) can help activate the vagus nerve, and strengthen the connection between your brain and gut, which helps the primary cause of IBS.

Don’t believe me? Listen to this 5 minute clip where Dr. Datis Kharrazian explains how this works. This is a clip from a longer interview with Sean Croxton on the Digestion Sessions (highly recommended series if you have any digestive issues).

Some important points: The gargling/gagging must be done to the point of tearing, so as to properly stimulate the vagus nerve, but this isn’t as bad as it sounds. I didn’t follow his recommendation of gargling for 1-2 minutes 12 times per day. I just did if for 30-60 seconds, 3-6 times per day (usually when brushing teeth, drinking water, or after using the bathroom). I also didn’t use tongue depressors for gagging, but just stuck my finger in my mouth slowly and held it there for a few seconds (no, I haven’t vomited), and do it maybe 2-3 times per day. Interestingly, as many as 37% of healthy Americans do not have a gag reflex. So I’m not sure how this technique would work in that case, and I’m curious what percentage of them have digestive issues like IBS, and if it’s less than the general population.

I realize that many IBS sufferers have found complete relief through diet changes, probiotics, emotional healing, and more. And I’m not proposing that gargling and gagging is a cure-all for everyone. But it seems to have worked for me, and hopefully someone else out there can benefit from this information, too.

One final note: As likely as it seems to me that this technique has cured my IBS, I can’t completely rule out the emotional aspect either, because despite a lot of stress the past few weeks (we’ve been finishing up a remodel project in Bali), in other ways, I’ve been feeling more capable in dealing with stress, more confident in who I am, and more comfortable with expressing myself, and this could be having an impact as well, although it is harder to measure and has been a more gradual change. Again, I’ve had some very stressful moments in the past 6 weeks, but they have not had a big affect on my digestion. At this point, I’m just thrilled to be done with this syndrome, and I hope it lasts!

Update Sep 2018 (almost 4 years later): I continue to get emails from people who’ve read this post and want to know more this technique, or ask for an update on how I’m doing. To the former, I actually don’t really know anything more about this besides what I’ve written here and in the comments below. But to the latter, for the past few years, I have been almost completely symptom-free. I have long since stopped gargling and gagging or doing any of these other practices, as they became unnecessary. That said, I do find an occasional flare up if I overeat (and I think many people underestimate what “overeating” is). It’s not based on quantity per meal but on how hungry I am. I’ve learned to really watch my hunger levels, eat only when I’m hungry, and stop when I’m nearing being full (before being full). This sometimes means I’ll only eat one meal per day – or if at a restaurant in the U.S., maybe 1/3 of a meal – but I feel great doing so. If I already feel full, I’ve usually eaten too much, and usually won’t digest it well. Rarely (perhaps once every few months), I also experience a flare up due to some meal that caused a problem, like to some food sensitivity or something I haven’t identified. But it’s rare enough that I don’t bother myself too much about it. I wish you all the best on your own journeys healing your IBS!

Update Sep 2019: I recently visited a naturopath who heard about my symptoms of not being able to eat large meals without digestive issues and he suggested that I may have low levels of hydrochloric acid in my stomach, which makes it more difficult for me to process large amounts of food at once. He said this is a common problem. He recommended taking HCL pills or slightly diluted apple cider vinegar before each meal. So far I’ve been trying the apple cider vinegar for about a week, which isn’t really long enough for me to know if it’s helped, but I wanted to share it here as another option to try for those who are looking for solutions.

The Reality of Spirituality

We've been traveling for
4519 days