How We Lost Over $9000 This Year Due to Travel Mishaps

Having been at this “travel the world” thing for over 9 years, you’d think we would have learned a few lessons. But a couple recent experiences have shown us how easy it is to forget or to become lazy in our approach to handling both travel details and safety.

I share this to help other travelers out there avoid the same mistakes, and to keep these potential situations in mind, even if you’ve been at it for a while.

We were looking to get from Bali to Europe to join our friends on the Camino de Santiago in northern Spain. To save money, we booked some budget flights.

Here was our plan:

Do you see any problems with this itinerary?

Yeah, five flights in itself is a bit much for a single journey, especially without a rest day in between. In total, this journey would have taken us 24 hours and 30 minutes. But we only paid $3602 for the entire journey! (At first)

The problem happened on the first leg. The flight to Kuala Lumpur was delayed due to weather, and we arrived with barely enough time to make it to our connecting flight with Saudi Airways. Unfortunately, the airport lost our luggage and we had to wait an additional 45 minutes to get it, causing us to miss our flight entirely. 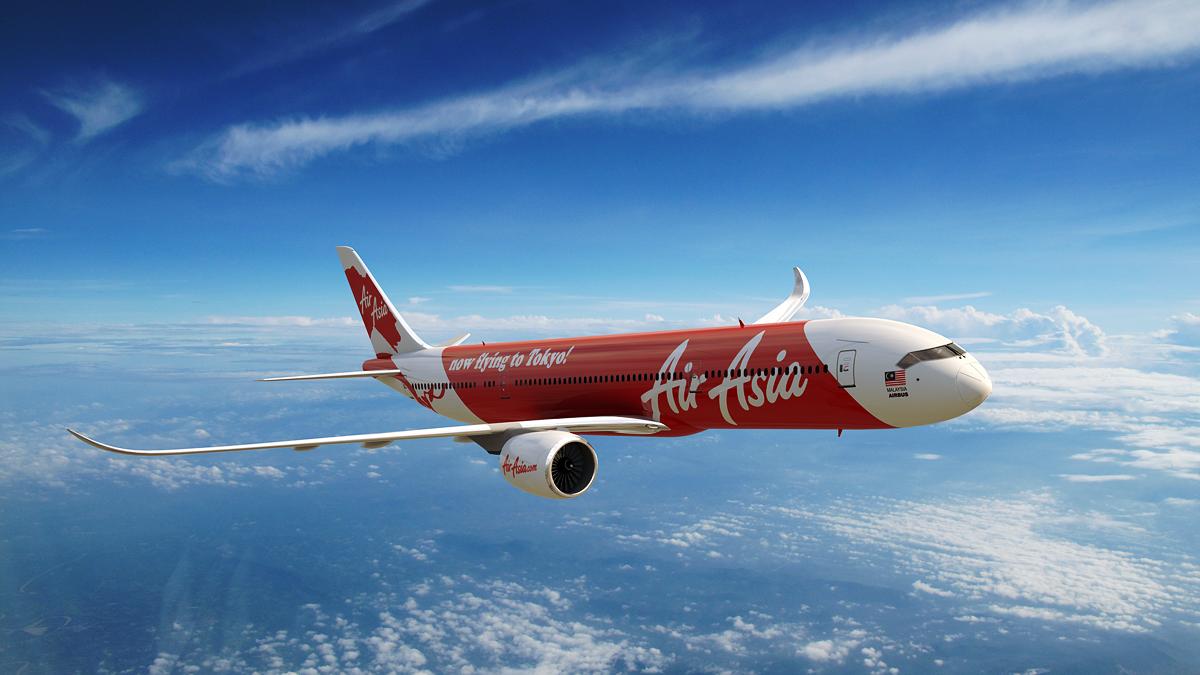 But because we had booked these flights with different airlines and one third party site (Expedia), no one was willing to take responsibility for this. Not taking no for an answer, I was directed from one office to another, in opposite terminals (some of them were closed), and we ended up having to get a hotel that night and figure it out in the morning. To top it off, the fancy AirBolt GPS-locator luggage lock we bought on Kickstarter seemed broken, and after an hour of fiddling with it until midnight, we were still unable to open our only checked bag which had most of our things in it.

In the morning, we checked with Saudi Airlines, who also wouldn’t help with our flights as we were a no-show the day before. I called Expedia where we booked the tickets, and they said they could change the flights, but the no-show fees would be more than the cost of buying new tickets. I called Iberia to see if they would give us a credit or let us change our tickets, but the cost of doing so there would also exceed the price of new tickets.

Feeling dejected and frustrated about this loss, we weren’t sure what we would do. After briefly considering canceling our entire 3 months of European plans, and with my laptop battery quickly draining, we decided to bite the bullet and find a flight to Europe to get there as soon as we could. The most affordable flight was through Saudi Airlines to Milan Italy, and then a budget fare onto Santiago de Compostela the next day with EasyJet. Still, with all the extra flights, hotels, trains, and more, we ended up spending an additional $4400+ to re-book the trip we had already paid for (which is more than we originally paid), and we lost two days on the Camino de Santiago. 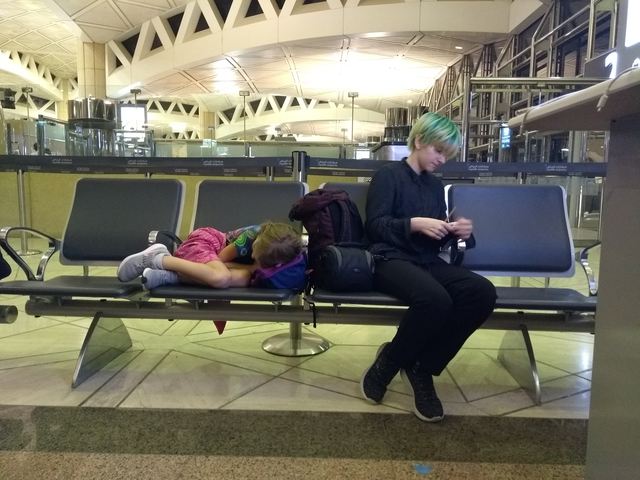 Resting at the Saudi Arabia airport

This was definitely one of the toughest travel days we’ve had, at least from a financial perspective. Emotionally, we felt mostly like laughing on the first day because so many things seemed to be going wrong, it’s like the universe was playing a trick on us. But by the second day, we felt more like crying, and were quite spent.

Of course, it’s possible to avoid mistakes like this by ensuring you have sufficient time in between flights to account for delays. This is especially true if you are switching airlines or didn’t book your flights on the same ticket. Buffering the flight with a night in between can be a safe way to break up and enjoy the journey and ensure that you don’t miss the connecting flight.

Another option would be to purchase travel insurance on the more expensive leg of the trip or use a credit card that reimburses for missed flights. (Or just consider paying more to book the entire journey at once through the same company rather than going “budget”).

This next mishap was especially traumatic for us, because it involved the loss of much more than just money, and was so easily preventable.

After an overnight bus from Romania to Budapest, Hungary, we arrived tired and groggy at 4am. With no taxis available to take us to our accommodation, we waited in the bus terminal to rest. I left my laptop in my bag, but plugged it into the wall to charge. As the food shops opened, I asked my sleepy family to watch my things (in line of sight but several steps from where they were sitting) as I went to get some food.

However, when I returned, I discovered in horror that my bag was gone! This bag contained not only my MacBook Pro, but all of our passports, my phone, my wallet and credit cards, cash in multiple currencies, two hard drives containing the only copies of all of my recent photos and footage (WAAAAH!), a Kindle, electric razor, all my clothes, a voice recorder, USB sticks, a banking pin key device, charging cables for my camera and drone (which I fortunately still have), and many other things totaling over $4,000 in value! (Yes, all of this fit into one carry-on bag.)

At first, I couldn’t believe this was happening. We began a frantic rush around the bus station looking for the bag, but it was nowhere to be seen. I felt sick inside.

After speaking with security and hours with the police, we later learned through security cameras that a homeless woman had walked into the station, grabbed my bag, and ran out with it. Our friends in Romania tried calling my phone and sending messages offering a reward for the return, but there was no response.

I enabled PreyProject.com, which was installed on both the camera and the phone, and is what got my laptop back when it was stolen in Costa Rica years ago. But so far, the devices haven’t made connection with the Internet to send us info on their whereabouts.

We spent the next two days reeling emotionally from this new challenge, spending hours at the police station, at the embassy (and over $600) to get emergency passports, calling credit card companies, and planning how we would proceed.

My wallet and credit cards were thankfully later found and returned (though without the cash). And the passports as well (unfortunately, after they had already been canceled.) Still, I’m most devastated about the hard drives with lost photos and footage that cannot be replaced. (I’m just glad I uploaded a few low-res photos to Facebook and published the videos I made for our At Home in the World Retreat just days before this happened. So I have a few 1-second clips…)

This has felt like such a horrible loss for us, and awful timing due to the reduced productivity of sharing devices and dealing with recovery, when this next month was supposed to be a time of increased productivity, working on projects, and connecting more as a family.

But after plenty of sobbing, snapping, accepting, and releasing, we’re feeling ready to pick ourselves up and move on. What else can we do?

Of course, this could have been prevented had I kept my bag closer to the family, and had we all been more alert and ready to watch our bags in public places like this.

Another lesson is, if your media is too big to back up online (like mine was with hundreds of gigabytes of 4K footage), at least put multiple backup copies in separate bags. Also, don’t expect to be thinking clearly at 4am after 2 hours of sleep, and be especially vigilant at those times.

And finally, when travel experiences like this happen, and after the adrenaline rush is gone, it’s important to take time to fully feel the emotions that are there – allowing them to flow through so you can move on and get back to a state of gratitude, acceptance, hope, and peace. One thing that helps me with that is listening to music. Here are a few songs that helped me get over this last situation:

I Lived  by One Republic

One other thought – a few people have mentioned travel insurance to me as a solution to both of these problems. But doing the math, if I had paid the $3,000 or so per year for an annual family travel insurance policy, over the past 9 years, that would have cost us $27,000 – about twice as much as what was lost during that period! And there’s still no guarantee that the insurance company would reimburse the claim. So… in principle, I still think it makes sense NOT to have insurance, whether for health or travel. Though I could see it being useful in a few unique cases.

I hope in the years ahead, we’ll continue being watchful to avoid these kinds of situations, and I hope this article helps you avoid them too.

Best wishes, wherever life takes you!