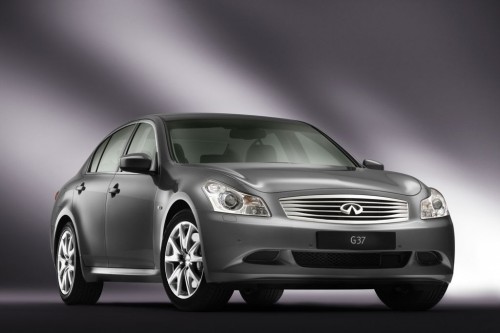 I love my new car!

Jen and I have been driving old ’94 and ’95 Toyota Corollas, ever since we’ve been married. These have been great little cars, but they’re both getting to the point now where they need some kind of maintenance every few months (belts or spark plugs replaced, new alternator, etc.). They’re also rather noisy and when the air conditioning is on, we almost have to shout to hear each other in the car. We also wanted something slightly larger for seating 3 carseats in the back, should our family expand.

So, we thought it was about time we got a new car. Originally, we were thinking of getting a Toyota Camry – slightly larger than the Corolla (so it could fit 3 kids if we have another), great reliability ratings, and they even have a very quiet Hybrid model. We test drove them, and liked it okay. The Hybrid was really cool, but had a very small trunk, and was a lot more money.

Wanting to stick with the reliable “Toyota” line, we decided to test drive a Lexus next – just to see. We drove the IS and ES350. This was my first time driving a luxury car. Honestly, I expected a lot more. I thought I would get in and go, “Wow, this is awesome!” But I really wasn’t overly impressed. The heated and cooled seats were kind of neat, but there just wasn’t enough to justify the cost in my opinion. The IS was more sporty, but too small. And the ES felt like a “grandpa car”. The dashboard was also covered in too many buttons – not user-friendly.

Next we tried an Infinity G37. Wow! Now this car impressed me! The exterior and interior are both very sleek and sporty. We like all the smooth countours and the placement of the dashboard options. Even without the navigation system, these cars come with a 7″ screen for controlling the radio and climate. I can even plug in my iPhone and it will show all the songs on the dashboard touch screen – a gadget geek’s dream car!

If that was all the G37 had, I would have been impressed. But the minute I stepped on the gas pedal, I knew I was in a powerhouse. The acceleration is incredible, taking you from 0-60 in just 5 seconds! It has a 7 speed automatic transmission, which can also switch over to “manual/sport” mode if you want to shift manually. But no matter how fast you’re going, even uphill, if you slam on the gas pedal, you’ll get a huge boost. It’s an amazing feeling and very fun to drive! (Now I just need to be more careful of speeding tickets).

One of the things I love most about this car, that I couldn’t find in any other car (except an overpriced $70,000+ BMW) is the option for the sports seats that have power lumbar and torso support, a manual thigh extender and thigh support adjustment. This car “hugs” me, which is so nice for such a skinny guy like me.

After test driving a Nissan Maxima, and a BMW 3 series just to make sure we didn’t like something else better, we decided on the G37. We even tried the Infiniti EX37 crossover, which was great, but felt it was too big for us – we just like smaller cars. (By the way, the BMW was a joke as far as technology and interior look were concerned – I felt like I went back to the 80’s – no comparison with the Infiniti. I even liked the Infiniti’s handling better than the BMW. Infiniti wins hands down – except that BMW did have more trunk space and fold down rear seats. Oh well.). No, we didn’t test Honda or Hyundai or Mercedes (just checked them out on-line, and read lots of reviews, too). We had a hard time imagining something we would like better than the G37. It just seemed like our dream car.

So yesterday I went to the dealership and got one! We were open to getting a used one, but were pretty picky with the options we wanted, so had to go new (used Inifiti’s are harder to find). We picked the dark gray (Platinum Graphite) exterior and black (graphite leather) interior. We got the all-wheel drive option to help with the rain and snow in those winter months (along with heated seats).  And even though we originally didn’t think we wanted navigation, it came with voice activation options for almost every feature in the car, as well as a 9.3GB hard drive to upload music to the car, and a rear view backup camera, so we thought it would be worth it. Jen especially loves the backup camera. I like that I don’t have to keep looking at my iPhone while I’m driving to figure out where to turn (so it’s a bit safer). The hard drive is cool, too. Oh, and Bluetooth – I no longer have to hold a phone to my ear to talk! The keyless entry and push-button start is nice as well. The kids love the moon roof. Oh, I could go on and on.

We broke in the car by taking a trip up to Logan that afternoon. When we got there, the girls wanted to play at a park. We did a search on our navigation system and found a nearby park, which we played at for a while. The car then led us to dinner at Sizzler, and to a bowling alley. This was the kids first time bowling, and it was so cute to see them get excited when they knocked the pins down. We had a great time. Emily beat us all by far!

We ended the day by getting some ice cream at the Aggie creamery and headed back for some night driving. And we actually have headlights (which turn on automatically when it gets dark)! Our Corolla’s headlights were so dim compared to this car. It’s nice to actually be able to see the road. However, the car was covered in bugs by the time we got back, so we gave it another bath today. :)

We didn’t know anything about Infiniti before we test drove them, except that we liked the look of them from the cars we’d seen on the road. We didn’t even know they were considered “luxury” cars (turns out they’re Nissan’s flagship car). And despite the high price, it was definitely the best car we could find for the money, with the options we wanted. We ended up getting it for (should I tell?) $41,000 before taxes and fees – about $1200 less than the msrp. This was my first time buying a new car, so I’m not sure if that’s a good deal or not. But we plan on driving this car for a long time, so wanted to get one we’d love. And we did.

Brandon is a location independent entrepreneur, musician, traveler, worldschooling father, and the principal author of this blog. He's all about reaching his potential and enjoying life to the fullest in every moment while inspiring others to do the same.

We've been traveling for
3794 days