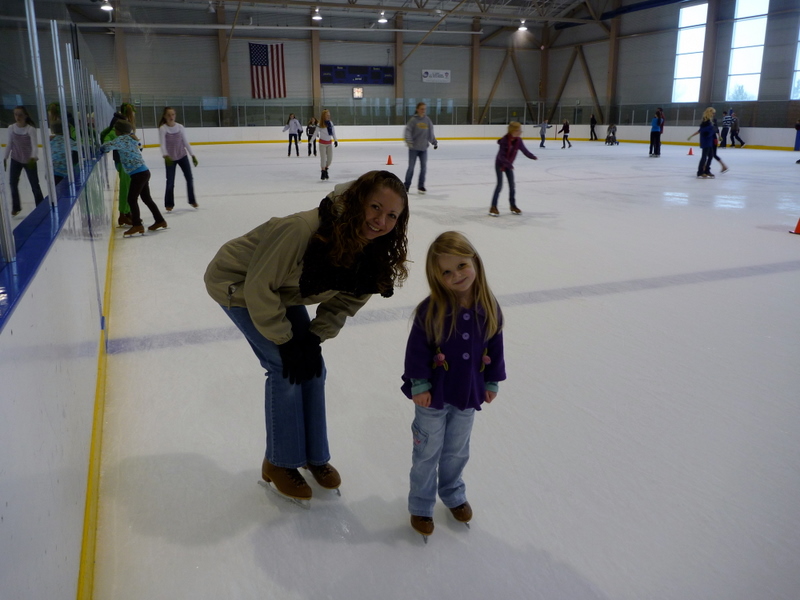 Tonight, Marie gave the family prayer, and in that sweet voice of hers, expressed her concern for Santa’s welfare. I wish we would have recorded it. But I’ve tried to reconstruct it from memory, below. It went something like this.

In the name of Jesus Christ, Amen.

Let’s hope the big man does make it okay. Actually, “Santa” will be bringing his big surprise through the garage this year. My mom is flying in from Washington tonight, and will be here as a surprise for the girls when they wake up tomorrow. It should be fun. We went really light on gifts this year because we can only fit so much in our four carry-on suitcases and backpacks.

Also, yesterday, we went ice skating together as a family at the indoor rink in Murray Park. It was Emily and Marie’s first time, and they did great. We were pleased they weren’t afraid. In fact, they were very excited.

The first while they held our hands for balance, but after they got used to it, they ventured out on their own, Emily running on the ice as fast as she could, and Marie doing twirls like she saw the other more experienced ice skaters do. Emily did venture out from the wall, even though I didn’t capture it in video. They had so much fun, and we stayed for the full three hours. See the video below.


After that, we had lunch/dinner at iHop, then did some last minute shopping at Target. While we were out, we saw several people that we knew from our old ward in Murray. Three at the ice skating rink, and two at Target. Small world! It was great to see some “old” friends.

Hope you have a Merry Christmas!