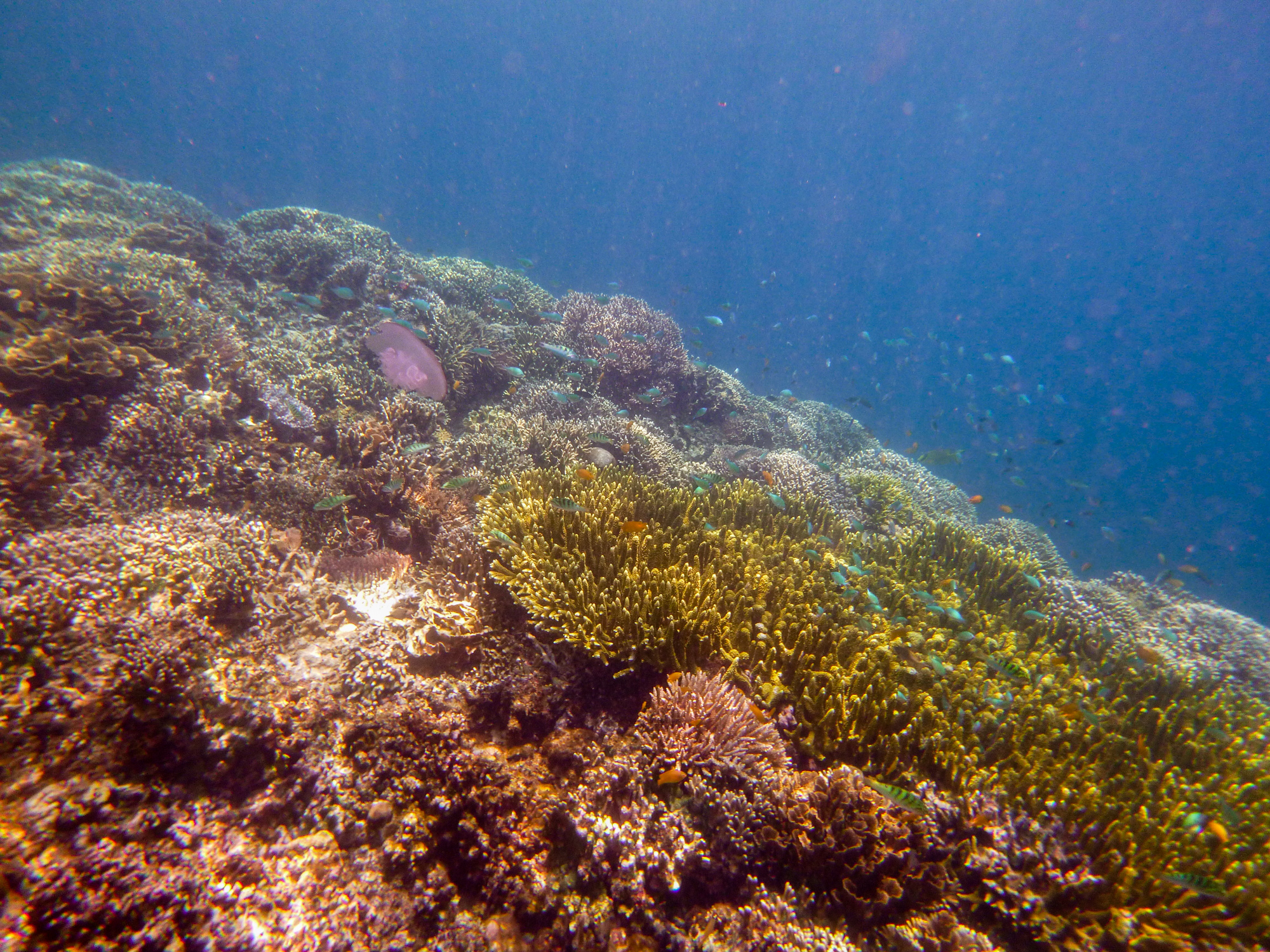 Just off the Northwest coast of Bali, Indonesia lies Menjangan island. Surrounded by clear water, colorful coral, and incredible numbers of fish, it’s a spot we’ve been wanting to visit for some time. So we invited our friends, Brian and Scottie and their 5 year old son, and spent a few days there together.

Well, actually the island is uninhabited, except for some monks. But there are several lovely hotels on Bali just a short boat ride away. We chose Taman Sari Resort, which is in a lovely cove with lush green mountains, and great snorkeling right off shore.

Our drive there was a bit of an adventure, because we decided to take a little “shortcut”. The roads looked fine on the map, but they ended up being more like rocky motorbike paths. They might be fine for a 4-wheel drive vehicle, but our little Toyota Avanza struggled quite a bit, and we had to go very slow to ensure we wouldn’t high center ourselves, fall off a cliff, or burn out our breaks. Marie was pretty scared at several points, and gave off some good screams and cries.  What an adventure!

After several hours, we finally made it to Lovina, where we had lunch with some friends we’d met online, and I really welcomed the rest after such a harrowing drive. We had a nice meal and visit at their vacation rental and then went on our way again, arriving at Taman Sari before dark that night. (It should be close to a 4 hour drive from Ubud if you take normal roads. You could also drive up from the southwest, which is the way we came back, and is also full of beautiful scenery.)

That night we had a relaxing dinner by the beach as the kids played in the sand. We loved being with our friends, and had so many great discussions over the course of the trip. Such an awesome family!

The days following consisted of lots of beach and pool time, amazing snorkeling, and an excursion to Menjangan island itself. We also paid a quick visit to the nearby Reef Seen Turtle Sanctuary, which focuses on educating local and foreign people about the preservation of the reef and its marine life, especially turtles. Here are some pictures and videos from the trip.