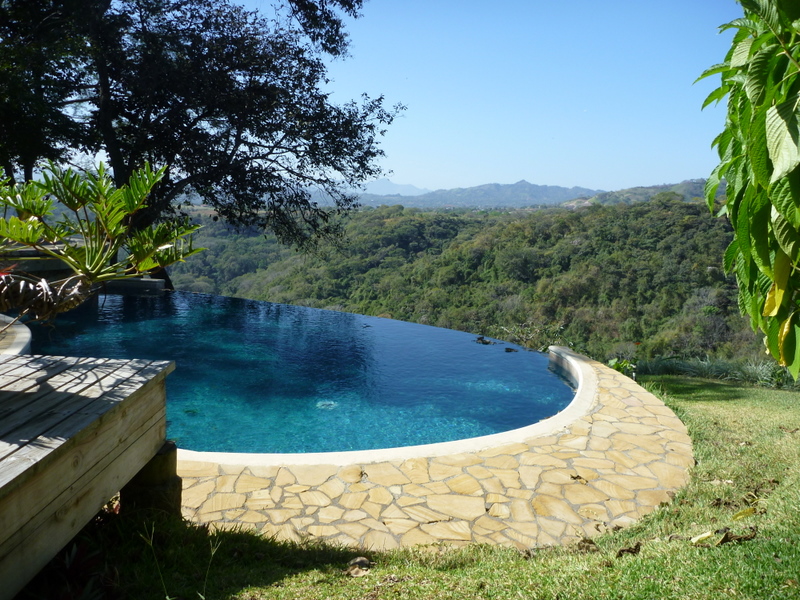 We’ve looked at a lot of houses for rent this week, in the small towns of Costa Rica, and have gone from excitement to discouragement and back again. Now we’re just confused.

We’ve seen everything from a luxury estate with an infinity pool, jacuzzi, and million dollar view, to tiny, run-down Tico houses that would be more claustrophobic than comfortable. Yet, we’re still not sure what what we’ll choose, and what would be best for our family.

When we got here, we were set on renting a fully furnished house, for 3-6 months, and then decide what we wanted to do at that point. We soon realized that in the smaller towns that we’re looking in, there aren’t a lot of furnished rentals. We’ve seen rent prices ranging from $250/month to $1,500/month, some definitely overpriced, and some that would work well for us. But we just can’t seem to decide.

Why Are We So Picky… sometimes? 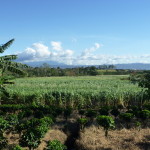 One of the reasons we love Costa Rica is for the breathtaking beauty of its natural surroundings. And we want to live in a house that accentuates that with a beautiful view, or lovely gardens, etc. We’d also like the house to be big enough for us to live comfortably, and accommodate visiting guests on occasion. We’d like to be close to other children for our kids to play with, and have bus access to the town, so we don’t need a car. And of course we must have high speed Internet. Combined, these seem to be pretty high demands, and more so if you throw in a swimming pool and a playground for the kids.

Unfortunately, we chose to come during the high season (their summer), so many of the really nice places that do have what we want, are already booked until April or May, and are very expensive. And many of the places left require at least a one year commitment. We’d rather not be tied to a place for a year, just in case we end up not liking it – or the barking dog next door. Then again, I’m pretty sure we’re going to like it here in general, and a year would force us to settle in more and possibly make stronger friendships. We’ve thought about getting a vacation rental further away for 2-3 months while we wait for some other options to open up as low season begins. Decisions, decisions… 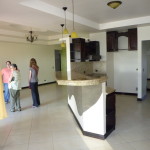 We’ve also considered renting an unfurnished house (since they are much more plentiful) and buying furniture for it. But the prospect of hunting down, purchasing, delivering, decorating, maintaining, and eventually selling all that furniture and appliances, really does not appeal to us, and is one of the reasons we got rid of all our stuff in the first place.

And in Costa Rica, “unfurnished” means completely unfurnished. No refrigerator, no stove, no nothing. Since appliances cost almost twice as much here as they do in the states, we’re not looking forward to buying them. We have run across a nice couple who is going back to Canada and selling all of their furniture and more (including a digital piano!). And we could buy it all from them at a bulk discount. But we have to weigh the upfront expense of that, with the hassle of owning it, moving it, maintaining it and selling it, as well as the decreased mobility, which we value. This would only be worth it financially if we’re sure we’re staying at least a year or two, but would have the other drawbacks, regardless. 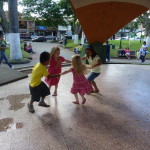 One other requirement we have is that we want to live within 30 minutes of a ward or branch of our church. There is a branch in Grecia, and in the nearby towns of Naranjo and San Ramón. We’re becoming attached to Grecia, though. The people are so friendly, shop keepers greet and chat with you, the kids are meeting friends, and we love the people in the branch here. That said, I still wonder what it’s like in other areas. We started looking at houses in the nearby town of Atenas, but there is no branch of the church there yet, and we found it would take over 50 minutes by bus to get to Grecia, which is a little far for us.

Part of me just wants to take off exploring the country for a few months, renting for a week here or there wherever we go (like we did in Panama), then choosing a place to settle down for a while. On the other hand, we could probably save money if we find a place to rent at a good deal as a home base (such as Grecia), and then take excursions as we see fit. You can get to the beach in about an hour or so drive from here, for example. I guess going back to our original plan of finding a furnished place for 3-6 months still might be the best way to “try out” this new lifestyle. But they can be difficult to find for a good price. 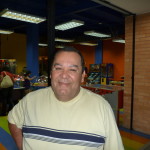 Gerardo was so nice

We haven’t done much besides house hunting this week. But we have met a some very nice people. Gerardo, the father of our real estate agent took us to the mall (I didn’t know Grecia had a mall!). It’s fairly small, but has some theaters, clothing stores, a musical instrument store, an arcade, and some restaurants, including fast food like McDonald’s, Taco Bell, and Pizza Hut.

We spent an evening talking to a nice almost-retired man named Mike, who’s staying at a vacation rental we’re considering renting once it becomes available in April. The girls got pretty bored since the adults were just talking. I remember feeling like that as a kid. We also had lunch one day at Ben & Janell’s house, who are the Canadian couple I mentioned above. They’re also members of the branch here. Very nice people. While we were visiting, the girls had fun exploring the sugar cane fields behind the house and watching “Little Mermaid” on their Mac.

Earlier in the week, we also walked around the “old” mall called Fábrica, which is now turning into office space. But they have a gym there, and we saw a Taekwondo class going on. The instructor invited the girls to participate. It was really cute watching them try to punch and block, especially when receiving instructions in Spanish. I took some videos of it you can watch below. They both wanted to take “karate” afterward. It would probably be good for them. (Although I’m a bit partial to soft-styles like Tai Chi now.)

Hopefully we’ll make up our minds soon and figure out where we want to live this week. We’re all getting tired of looking. But we sure love it here – especially the weather and the people! Pura Vida!

Gerardo was so nice

Rocketship at mall (20 cents to ride)

Orange groves at one house

Not quite what we’re looking for

You call this a kitchen?