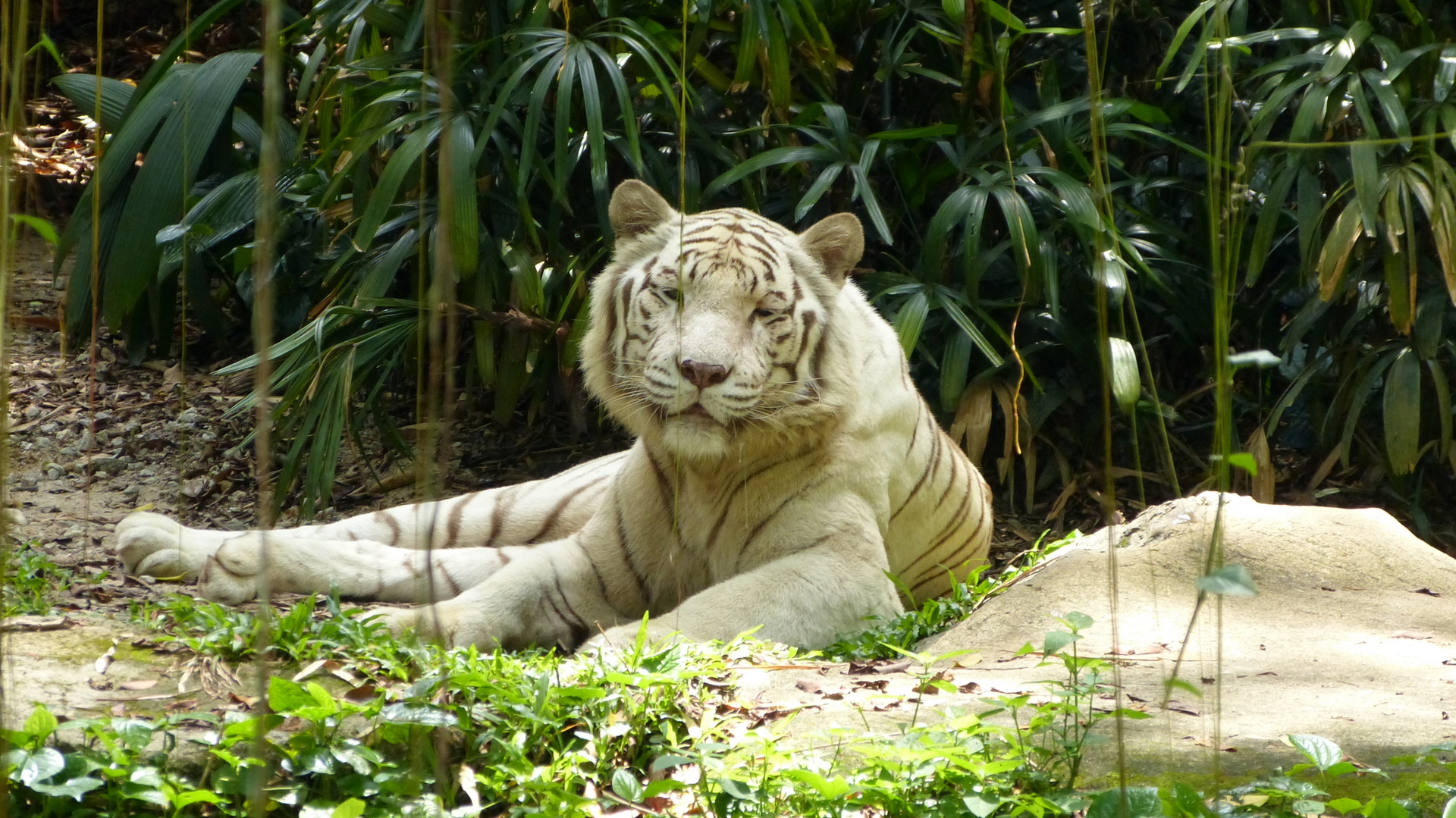 This post is going to be a summary of the rest of our time in Singapore. We spent 3 weeks here total, and kept ourselves quite busy, as you’ll see. But we had a great time and experienced some fun and amazing things. Here are the highlights.

Singapore Zoo. This zoo is rated as one of the best zoos in the world, and we can see why. There were so many interesting animals to see, some of which we’d never seen before. There was a lot of educational information about each animal and the exhibits were large and well taken care of. The grounds were natural and beautiful, with tall trees and foliage everywhere, and a large reservoir on the outskirts. I took over 300 pictures that day (I love the continuous shooting mode on my new camera!), and we learned a lot about the animals.

Night Safari. Next to the zoo is the Night Safari. I was thinking it would just be a tour of the zoo at night to some of the nocturnal animals, but it’s actually a completely separate zoo, housing its own unique animals, attractions, and exhibits! It was interesting to see these night-time animals in their more active states, although it was often hard to see them because it was dark. Still, we had a great time.

Petting the dolphins at Underwater World

Sentosa Island. At the southern end of Singapore lies Sentosa Island, which has kind of a resort or theme park atmosphere, and in fact does contain a number of large resorts and theme parks including Universal Studios, a Sea World-like aquarium called Underwater World, a giant Merlion statue which you can climb, a lookout tower, zip lines, a luge / go-cart ride, beaches, movies and theatrical performances, and much more. We only spent a day there, and chose to do the luge ride and Underwater World. The luge was similar to the Alpine Slide in Park City, Utah (near where I grew up) but much wider, and you could actually steer the car left and right as well as control the speed. Underwater World was great, too. The kids especially loved the dolphin show.

Singapore Science Center and Snow City. The Singapore Science Center is a very large and informative science museum with many interactive and interesting exhibits. We spent several hours there and still only got through about 1/4 of it, but we tend to be very thorough at museums. I was sad that we missed the tesla coil demonstration, as I’ve always wanted to see one of the those. Maybe we’ll go back next time we’re in Singapore. Next door to the Science Center is Snow City, where you can put on coats, long pants, and gloves and play in the snow, go down snowy slides, hide in igloos, and more (I didn’t see any snowball fights, though). Jen and I don’t enjoy the cold at all, so we didn’t go in, but our two oldest girls had a lot of fun playing together in the snow, which they’ve missed.

“Wicked” and Artscience museum at Marina Bay Sands. One of the highlights of our time in Singapore was seeing the broadway performance of the musical “Wicked“. This is the first time any of us had seen the show or heard all the music and we loved it! I was especially intrigued by how Elphaba learned the truth about what was going on in Oz behind the scenes, but instead of being praised and respected for standing up for what’s right and proclaiming it, she was rejected by her society who was led to believe she was wicked, and even by her friends who would rather fit in (be “popular”) by telling people what they want to hear, rather than what’s true. There are some great lessons to learn in this show. Near Marina Bay Sands is the Artscience museum, which is basically a small but expensive art museum. But we had some time before the show, so thought we’d check it out. The main exhibit was the “Titanic,” and the history, artifacts, and recreations of that tragic event, both leading up to it, and the aftermath. A very humbling exhibit.

Chinatown. One day, we took a trip down to Chinatown. There, we found street after street of great shopping at reasonable prices, authentic Chinese restaurant options (and some very strange looking food), as well as some cool temples (including, strangely, a Hindu temple). We didn’t explore all of it, and could certainly enjoy another trip there.

Beyond that, we relaxed at our hotel, walked around the Orchard area a lot, explored the malls and restaurants surrounding our apartment, went out to eat with some local friends who live here, and met other locals and travelers as well. Even though Singapore is a busy city, our baby still gets lots of coos and smiles from people passing by, and we found it fairly easy to meet new people. Overall, we loved Singapore, but we’re done with being in a big city, and are very much looking forward to relaxing in Bali for a while. We fly out tomorrow!

Here are some pictures and videos of our time in Singapore.