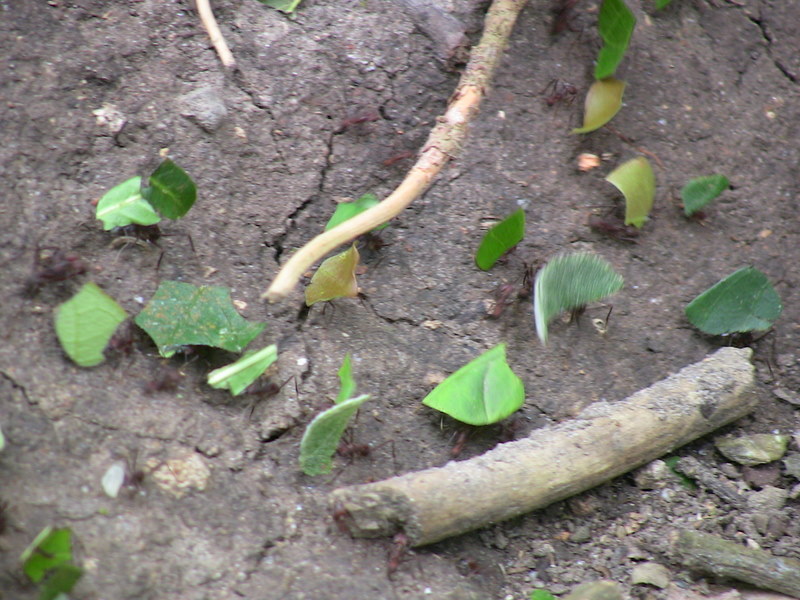 Not having the Internet has thrown me off a bit, as it appears I forgot to post about Valentines Day, but did the two days following. Anyway, here is what we did on Valentine’s Day.

This year, we spent Valentine’s Day in the picturesque town of El Valle de Anton. We all slept in that morning, relaxing and enjoying being in this beautiful place. The water pressure in the toilet and sinks that morning was unusually low. So was the shower, but it was all we had, so we got in. About the time Jen had soaped up her hair, the water completely stopped! I was able to get a couple jugs of water from the kitchen sink for her to rinse with, before the water stopped there as well.

I went outside and talked to the groundskeeper who looked concerned and went up the hill to check something out. He came back a few minutes later and said that a tree had fallen on the water line and smashed it! Fortunately, he was able to get it all fixed in under an hour and we had water again. It made for a exciting morning.

Emily and Marie next to a square tree

Jen made a great breakfast for us of strawberry muffins, French toast and fruit. While she was showering the girls, I went to the library to work and blog for about an hour. When I came back, we went on a hike to see the “square trees”. El Valle has some unique trees with a square-shaped trunk (rather than round). This was a lovely hike, about 45 minutes around the loop, and the weather was perfect. We saw SO many ant highways along the way, going across the trail, carrying leaves and flowers. The paths they traveled were well worn – it’s amazing how hard they work, and how many ants there are.

Brandon and the girls by the El Valle Museum

After the square trees, we went to the El Valle museum, which was small, but pretty interesting. There was a wedding going on in the church next door – how romantic – a wedding on Valentine’s Day in El Valle. We met the groom outside about five minutes before he was going to get married. :) He was pretty nervous. He’s from Florida.

Then we drove around looking for a particular restaurant, called “Casa de Lourdes”, and ended up getting lost and seeing so many beautiful homes. The residences here are quaint and paradisaical.  We finally found the restaurant, which was purported to be one of the best in Panama – and it was gorgeous! Unfortunately, it was all booked up because of the wedding that day. But we may make a reservation for another day.

We ended up eating a very late lunch/early dinner at another nice restaurant / hotel called Los Capitanes, which had pretty gardens for the girls to play in after they finished eating. There were a couple parrots and several huge iguanas (3-4 feet long) in cages that we looked at afterward. The restaurant had only 3 main dishes on the menu, and 5-6 appetizers, but the food was good and well priced. Much less than you’d pay for similar dishes at home.

After dinner, we drove around the streets some more looking at the homes and enjoying the neighborhood, then stopped at a pastry/dessert shop and had some brownies & ice cream with hot fudge ($1.50). Marie had a piece of strawberry cheesecake, which she didn’t like as much as she thought she would. I didn’t like it much either, but I loved the brownies & ice cream. It was a fun day. We’re still in awe of this place as we drive around – it’s just so beautiful!

Emily and Marie next to a square tree

Brandon and the girls by the El Valle Museum

Emily and Marie by a fountain at Lourdes

The grounds at Lourdes

We've been traveling for
4603 days