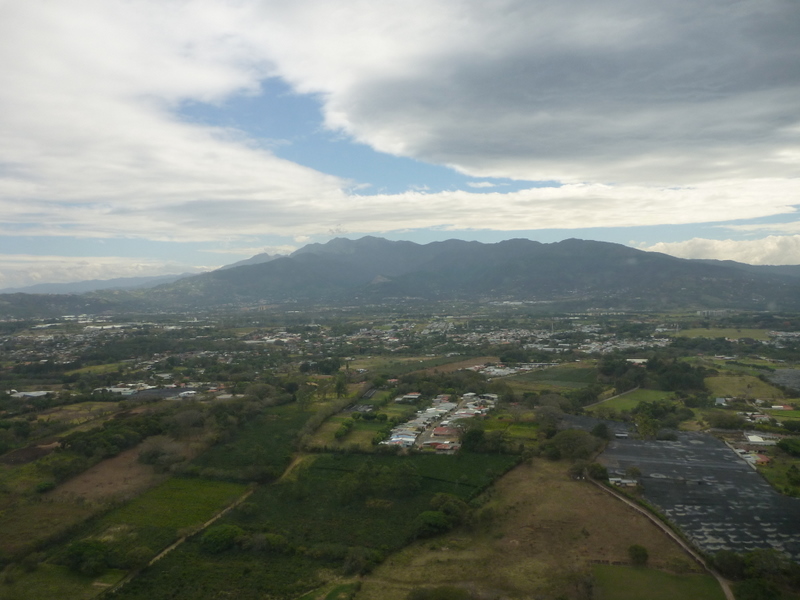 We Made it to Costa Rica!

Well, we’re finally here! We’re in Costa Rica, and it’s warm and beautiful! I made a little video of our trip over, which you can watch below. Until then, here’s a little summary of our trip so far:

We flew out of Salt Lake City to JFK at 11:30pm. We flew stand-by on Jet Blue, which is really cheap, but also requires some flexibility. For example, we didn’t make our 20 minute layover from JFK to Orlando, or the next flight because they were full, but we made the one after that. We slept a lot in the airport that day. 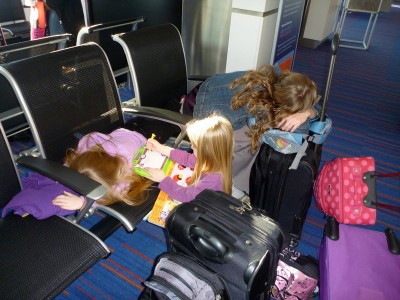 Sleeping in the airport

Emily got very sick on the plane ride to JFK, and it lasted until we got on the next plane, where she threw up even before we even took off. Just being in a plane was enough to do her in. Poor thing… I probably would have done the same thing if it weren’t for Bonine.

We didn’t make the first flight from Orlando to Costa Rica either (there’s only one per day on Jet Blue), so we spent the night in Orlando at Travelodge, the closest hotel to the airport under $60/night. Orlando was cold (compared to my expectations) – about 40 degrees F. I was shivering in my sweater walking to and from the Waffle place across the street for dinner. But we slept long and well, and made it on the next flight, thanks to a small miracle: the night before, there were only 3 seats left, but when we got to the airport, there were 5 seats available! So we made it to Costa Rica that day and only had to spend one night in Orlando. 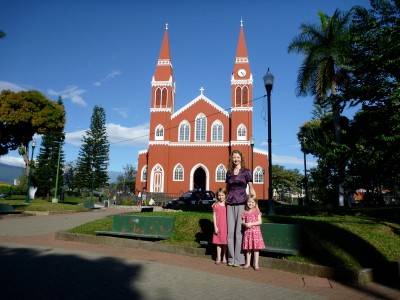 We arrived in Costa Rica at about 1pm today (it’s in Central time). My first impressions were the warmth and humidity – not too hot, just perfect – probably around 75° F! Also, the landscape is gorgeous! Even looking out from the airport window you see rolling hills of green foliage. Just beautiful!

We were picked up by Denny from B&B Grecia, where we’re staying for the next week or two. He gave us some great tips about what to expect living in Costa Rica and he’s been so helpful answering all our questions and helping us know what’s in town.

That afternoon, we walked around town a bit, got some money from an ATM (it looks like we’ll just be charged $1.50 by our bank every time we withdraw cash – that’s all), and checked out the town. It was bigger than I expected it to be, with several blocks of shops and houses in all directions from the red metal church in the center. We had dinner at a restaurant for not the cheapest, but still reasonable prices ($5-8/meal), then ice cream cones for about $1.50/each.

The currency conversion was a little tricky at first, but I’m already starting to get the hang of it. 500 colones = about $1 USD, depending on the day’s rate. Denny gave me the trick of chopping off the 3 digits on the end and doubling it. So 10,000 colones is just under $20 (more like $18).

We’re all very happy to be here, although a little bit tired. Marie is excited to go swimming, and we hear there’s a pool in town. Emily wants to go explore some jungle, so we’ll make time for that. Jen loves the town, and experiencing something so different. She loves how people aren’t afraid to look you in the eye and smile, and how it feels cozy and friendly here. I’m loving the climate, and am anxious to get out of the city, and look at some rental houses.

So, check out the video below for more impressions and pictures. (Also, let me know if you prefer the pictures within a video like this, or just as images at the bottom of the post kind of like I did on our Panama trip.)