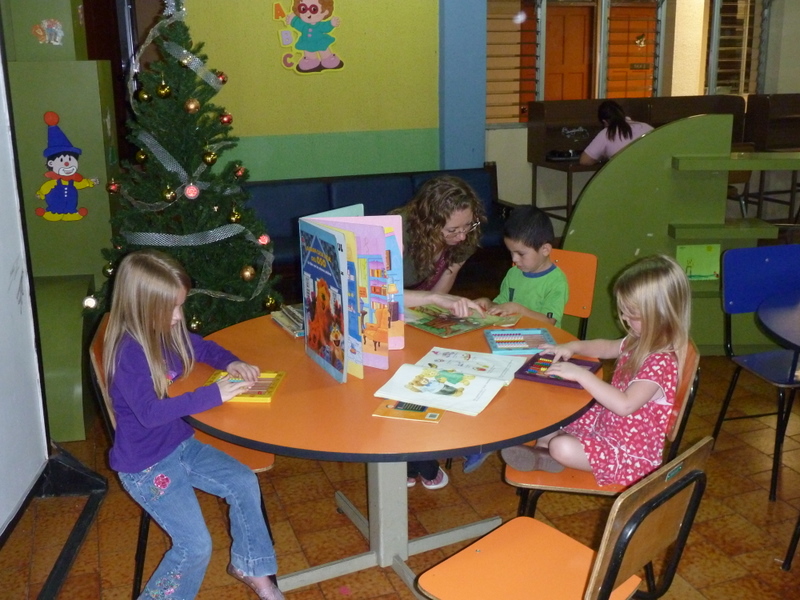 We have now been in Costa Rica for over two weeks! Since we got here, we haven’t been doing many “touristy” things. Instead, we’ve been busy trying to find a place to live. And I think we finally found it!

But there is so much else that happened this week, I’m going to leave the house hunting out of this post, and I’ll cover that next time. To learn about this week, read on! 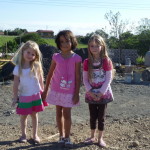 On Tuesday, we had a fun play date with a girl in the ward Emily’s age (6) named Alison (pronounced “Ah-lee-sóhn”). They had a great time playing together in the park.

We talked to her mom about a lot of things. She also took us to a school where we learned about how that process would work if we wanted to enroll the girls in school. She also showed us some land where her family is building a new house. Then we had a batido (fruit shake), met some more of their family, went shopping for kids clothes (but didn’t buy any), and played some more in the park, along with Alison’s cousin. We had a really fun time with them and it was nice that the girls had a chance to play with someone their age.

Do Our Emotions Cause or Prevent Disease? 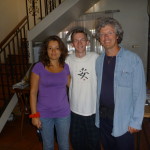 Me with Jean-Jacques and Serene

Wednesday morning, we met a really neat couple at B&B Grecia, where we’re staying: Jean-Jacques and Cyrinne, from Montreal, Canada. They have been in Costa Rica for several weeks working on a book about the connection between our physical health and our emotions. Jean-Jacques has already written ten books on similar subjects, from preventing and healing cancer and other illnesses, to the dangers and marketing hype of vaccinations. Unfortunately, they are all in French. But he does have a website with a little more information, that is Google-translated into English. He also pointed me to www.learninggnm.com.

For me, this is a fascinating subject. I think we all believe to some degree, that when we are depressed, anxious, or fearful, we are more likely to get sick, and less likely to heal. But his research (and that of other doctors) goes so far as to discover connections between specific types of events we are fearful about, and specific illnesses – even specific emotions/fears that cause disease in specific organs! Very interesting stuff.

Fun with the Mundane 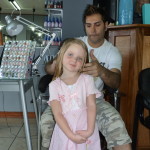 Marie getting her hair done

That afternoon, Jen and the girls got haircuts. We had lunch at a local café, and that evening we got the girls some new shoes, since the shoes they brought with them are falling apart. (We’re walking a lot more than usual, these days).

Thursday, we went to the Grecia library. It’s a very small library, and their children’s section contains maybe 200 books? Judge for yourself by the picture below. Regardless, we had a lot of fun reading to the girls, doing puzzles, and practicing Spanish by playing with sock puppets.

There was a little boy there named Brian, who was all alone (I guess his mom was around somewhere). He really took a liking to Jen, who lovingly read him several stories in Spanish.

My Spanish is improving quite a bit. I can understand a lot of what some people say, and can often get my point across. My vocabulary is still very limited, and I’m horrible at conjugation, but I’m making progress. At least I’m no longer fearful to start up conversations. Just practicing and asking questions has helped a lot.

Jennifer Got a Bite?

Unfortunately, Jennifer hasn’t been feeling very well this week. After dinner one night, she found a lot of red dots in her upper thigh which itched. They were similar to mosquito bites, but different. We think it was probably a wasp of some kind, because she’s had some strange reactions to it, like itching all over (even on her tongue), sore muscles in many places, and a slightly swollen neck. It’s starting to get better, but it’s been a fairly uncomfortable week for her.

We’re really excited about our new house. Stay tuned for more info about it, and pictures in a future post. In the mean time, enjoy this video:

Me with Jean-Jacques and Serene

Jenny getting her hair done

Emily after her haircut

Marie getting her hair done

After playing at the park