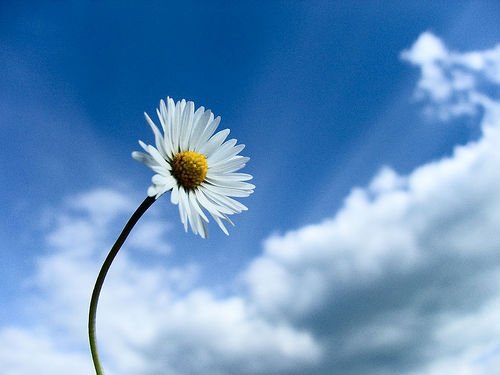 What Do You Do with Spare Time?

Note: If you want to receive an e-mail every time I write a new post, just click the Subscribe link at the top. You can unsubscribe any time.

The past couple weeks, I’ve found myself with quite a bit of extra time on my hands. Somehow, I’ve usually been able to finish up work-related tasks in under an hour a day, and less than that on tracking finances or doing household tasks. Now that we don’t have a house or so much “stuff” to worry about, I’m magically finding myself left with lots of time to fill! This is a good problem to have, I think.

As much as I’ve heard how it’s good advice to have “down time” to just relax and do nothing, I still find that a challenge. I try to play pool, or sit around and relax, which is nice here and there. But sooner or later, I feel like I’ve just got to be up and doing something “productive”.

I continue to make lists of things I want to accomplish during the day, or the week, and work to accomplish them, but the lists are less stringent than they use to be. I only list a few tasks, and I try to make them things that are truly important to me – not just mundane stuff that needs to be done anyway. This week, my list has included things like “Play Mario Kart with my kids”, “Study Spanish”, and “Make videos of our Panama trip”. But the two things I’ve probably spent the most time on the past few weeks have been composing music, and typing my old journals.

I have enjoyed playing the piano and singing since I was young, and wrote a number of pieces in high school, but just haven’t had (made) the time since. Well, now I’m making the time! I’ve written a couple hymn arrangements for piano, and am working on a vocal arrangement of “Away in a Manger” for Christmas time. It’s been loads of fun, and I really enjoy sharing this part of me. I hope these arrangements will lift others’ spirits as well.

To hear a recording of me playing my arrangements, click the links below.

How Great the Humble Birth

I Am a Child of God

Note: These were recorded in Garageband through a MIDI interface, so the piano sound isn’t as nice as a real piano, and it misinterpreted how hard/soft I hit some of the keys. Anyway, I made some sheet music for them, too. If you want it, let me know, and I can send you a pdf you can print.

I’ve also been typing my old journals into Google Docs (which is the only word processor I use these days). I started writing in a journal when I was 12 years old and now I’ve typed almost to the end of my 15th year. I’m now 29, so I have a ways to go (I wrote a lot), but I started typing my journals in 2003, so I can just read once I hit that point.

It’s been really interesting to look back at who I was and how I thought, as well as the ways that I’ve grown, and the lessons I’ve learned and sometimes forgotten.

One thing I noticed about my younger self (we’re talking Jr. High and High School days) was that I was surrounded by so many more people. I wrote a lot about how I’d care about someone who was having a hard time, and would pray for them throughout the day, how I’d visit friends who were sick, how I’d sing with friends, serve with friends, and play with friends. I was filled with a lot of love for others, and felt a lot of love from others. It was a great time, and I’m surprised to see how much of that I’ve lost!

Now, working from home as I do, I can go for several days without seeing anyone but my wife and kids. Even when I did work in an office, being a computer programmer, I was usually alone. Likewise, most of the activities I do now, I do alone. For years, I chose to put a lot of outside activities on hold to have more time to build my business. And I’ve realized that all of this loneliness has taken its toll on me socially and in relationships.

I haven’t been one to make much time to be with friends. I usually go to events or parties if someone invites me, but there have only been a handful of times when I’ve initiated these types of events. I’m not sure why, but the consequence has been that I don’t feel as close to people outside my family as I used to. That’s okay in some ways, because my family relationships are the most important to me. But I realize friendship is an important part of my life I’ve been neglecting lately, and I’d like to take more time to build friendships in the years ahead, and go out and serve a little more. And, especially because we’re home schooling, I want to make sure I provide this opportunity to my kids as well.

So, a big apology to any of my friends out there who have felt forgotten over the years. And a big thanks for all you’ve meant to me in my life. It’s amazing how many great experiences I’ve had, and how much help I’ve received from friends – that I had forgotten. I’m so glad I wrote them down in my journal!

I now have a lot more spare time than I used to, which is wonderful. But I think if I really put my mind to it, I could have made the time to compose music or review my journals, at any time during the past 15 years. It may have taken longer, but I still could have done it. It’s just not where I put my focus. But really, if I had tried to raise a family, go to school, work at a job, build a business, hang out with friends, compose music, and more, all at the same time, nothing would have ever gotten done well, and I would have been stressed out – not fulfilled. Actually, I did all of that for a while and it was pretty crazy.

Sometimes I think it’s necessary to reduce or eliminate certain activities from your life, so you can focus on what’s most important to you at the time. I guess I cut out some social activities and some music in order to build my business. Now I’m focusing more on those, and less on the business (because I have so much help that it almost runs itself). Maybe a “balanced” life doesn’t mean doing everything all at once. Maybe it’s more about doing what’s most important and fulfilling to you, right now, while temporarily saying “no” to other things.

How do you spend your spare time?